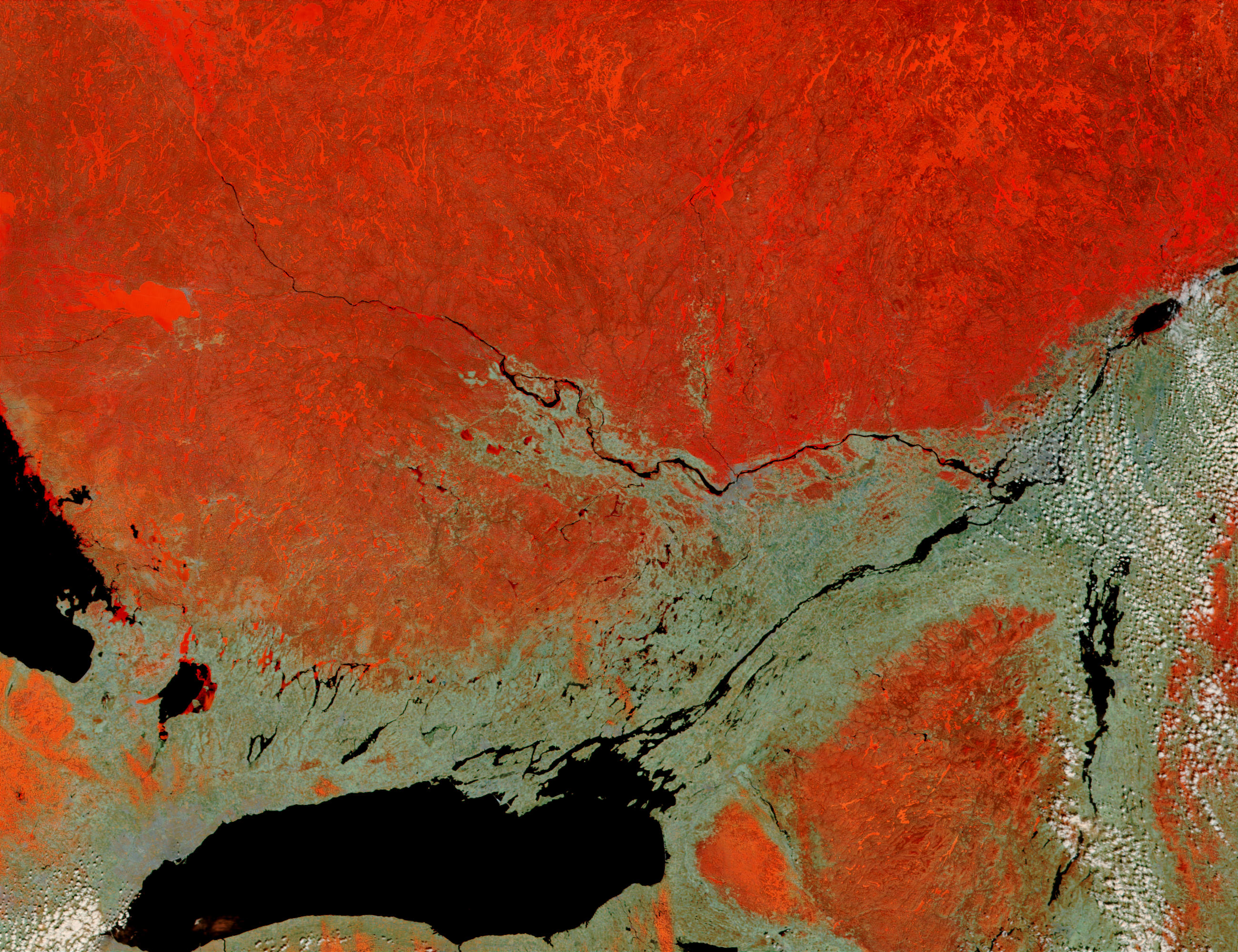 On April 24, 2002, the Moderate Resolution Imaging Spectroradiometer (MODIS) on the Terra satellite captured this image of lake Ontario (bottom) and Lake Huron (left edge). The Ottawa River come into the image at top left in the image and flows southeast. It appears to be flooding, as it would normally be a much thinner black line (see image from April 6, 2002). In this false-color image, water is black, vegetation is shades of green and gold, and snow is red. Notice the dramatic difference in snow cover from early April to late April.
Source: Jacques Descloitres, MODIS Land Rapid Response Team, NASA/GSFC

Floods along the Ottawa River, Canada 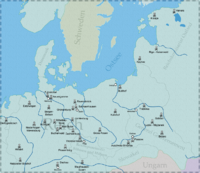