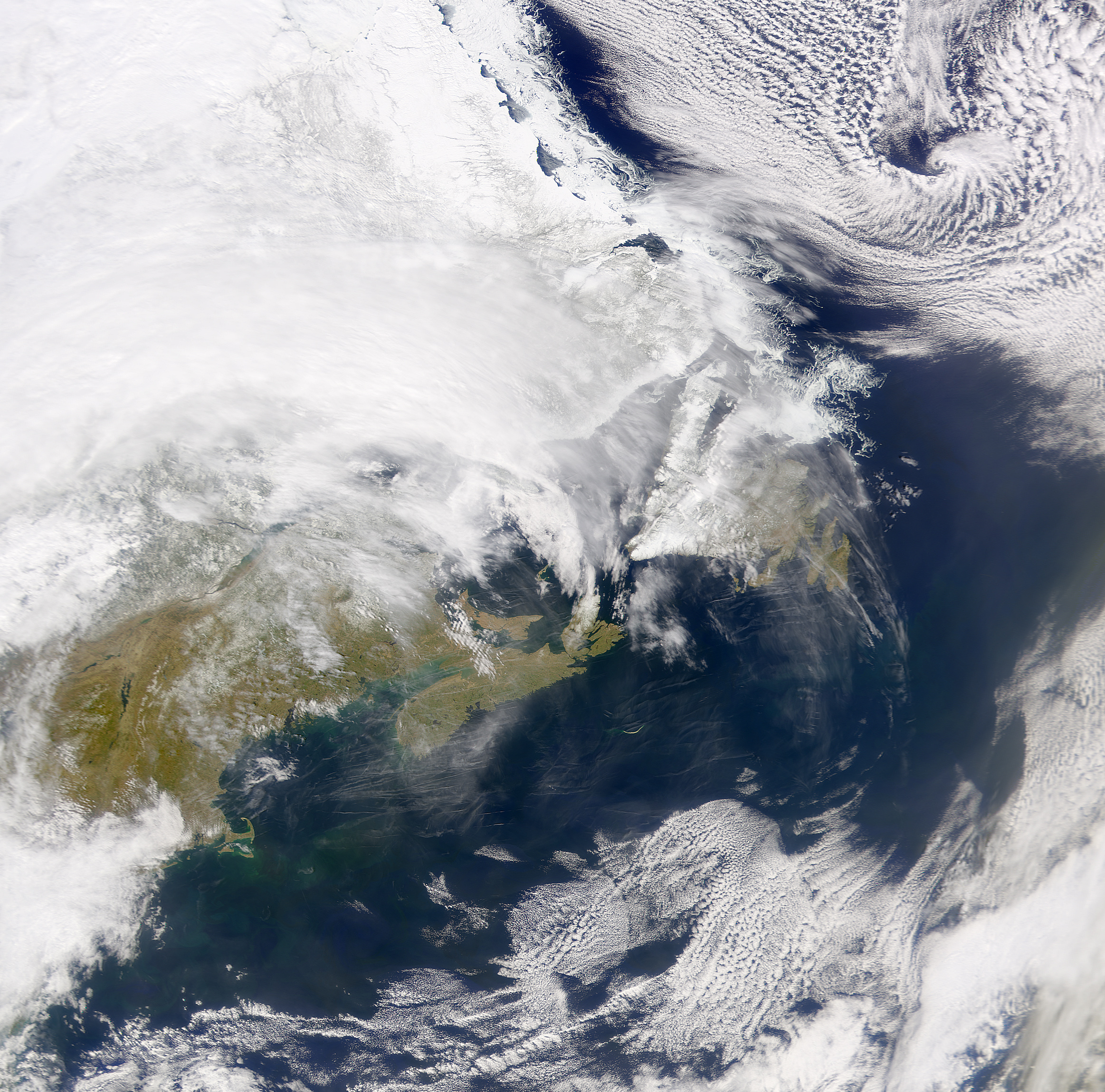 One little victory in the life of a cloud—conditions were good for contrail formation over eastern Canada on April 12, 2002. This true-color Sea-viewing Wide Field-of-View Sensor (SeaWiFS) image reveals dozens of long, linear clouds around Nova Scotia that were left behind by jets flying between Europe and North America. (Rush hour flights leaving Europe in the early morning would have been in this part of the world by early afternoon when SeaWiFS was flying overhead.)
Source: Image courtesy the SeaWiFS Project, NASA/Goddard Space Flight Center, and ORBIMAGE 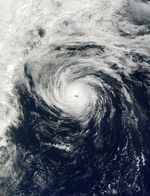 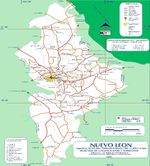