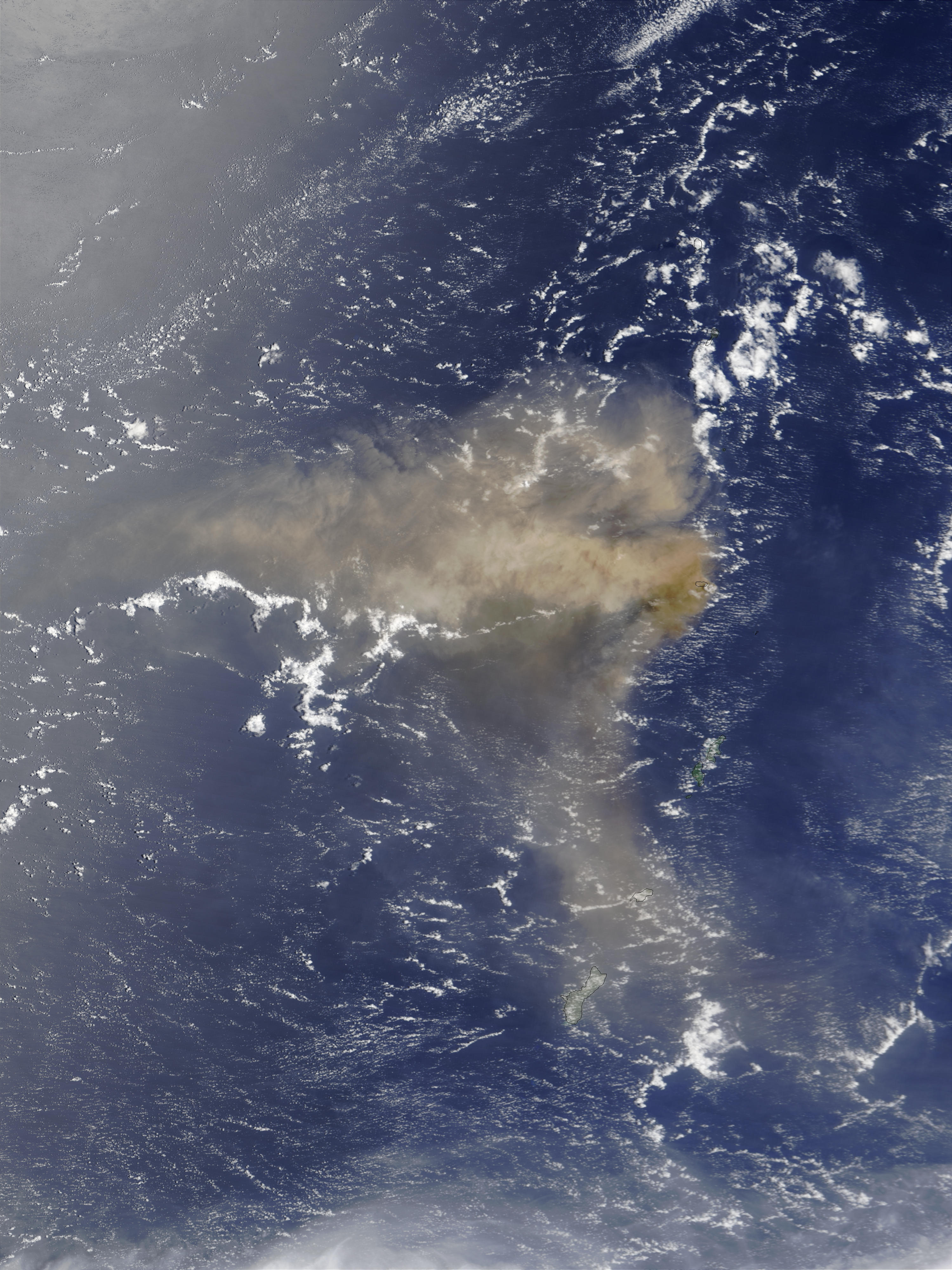 On May 10, 2003, the Anatahan Volcano in the Northern Mariana Islands announced its presence with the eruption of a huge plume of volcanic ash that spread hundreds of miles across the Pacific Ocean. This is the first documented eruption of this volcano, which is on the island of the same name. The island is only 9 kilometers long and is made up of two volcanoes that are slowly coalescing. This image of the ash plume was captured on May 11, 2003, by the Moderate Resolution Imaging Spectroradiometer (MODIS) on the Terra satellite.
Source: Jacques Descloitres, MODIS Rapid Response Team, NASA/GSFC 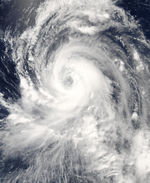 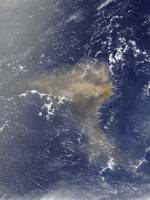 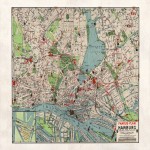 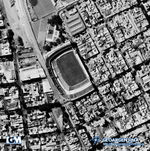 Map of Ports in China, Japan and the Philippines 1860 Part I