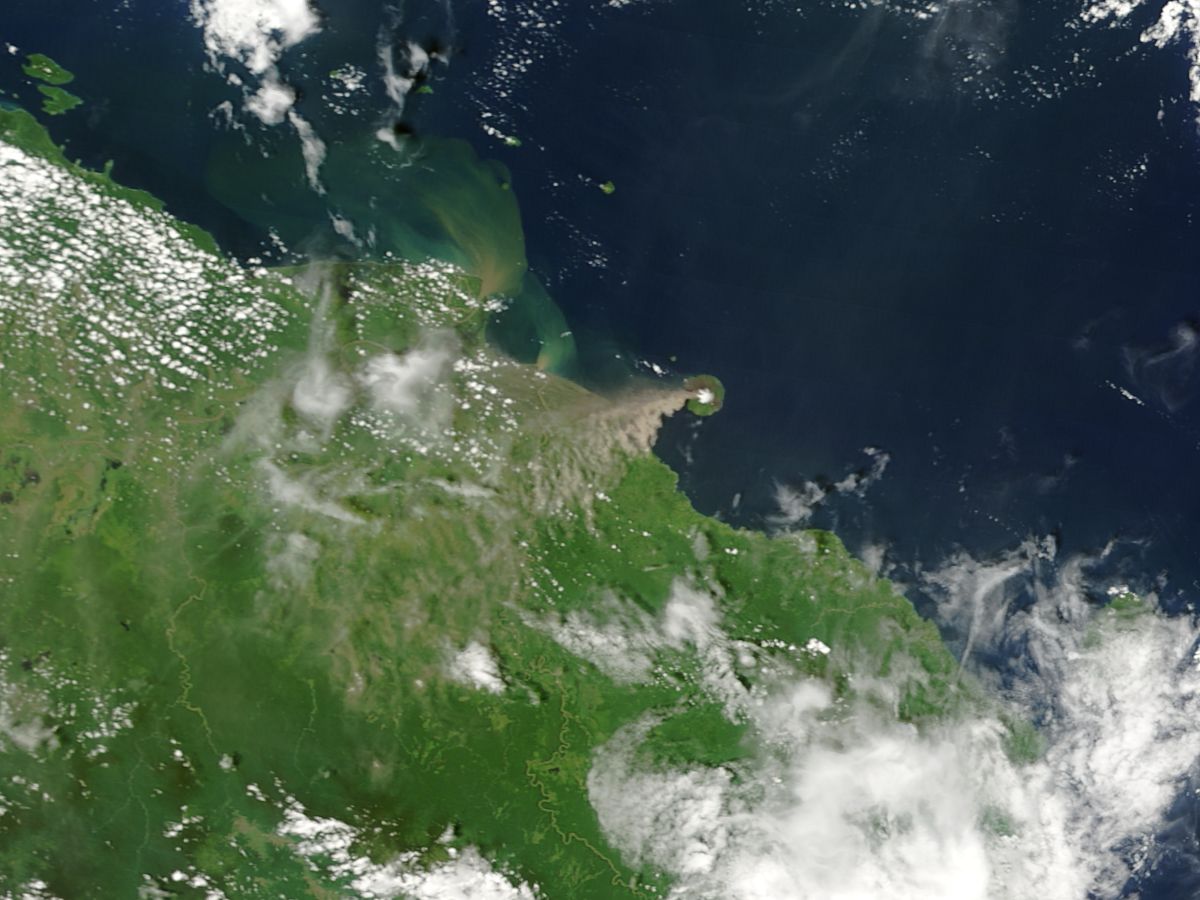 The vast expanse of the Pacific Ocean floats over the Earths molten core on a section of the Earths crust called the Pacific Plate. Along its edges, the plate crashes against the plates holding the continents with often violent force. In most places, the cold Pacific plate is pulled under the continental plates, where it crumbles into hot magma, a process called subduction. Along the edges of the plates, the clashing and breaking crust generates powerful earthquakes, and the shallow molten rock fuels volcanoes. The result is the “Pacific Ring of Fire,” a circle of high volcanic and seismic activity along the rim of the Pacific Ocean. Papua New Guineas Manam Volcano sits in the southwest segment of the Pacific Ring of Fire where the Pacific Plate sinks beneath the Indo-Australian Plate. One of the regions most active volcanoes, Manam forms a tiny 10-kilometer wide island that rises from the Bismarck Sea 13 kilometers off the shore of Papua New Guinea. The volcano has erupted frequently since its first recorded eruption in 1616, and was erupting on November 15, 2004, when the Moderate Resolution Imaging Spectroradiometer ( MODIS ) flew overhead on NASAs Terra satellite. In this true-color image, dark ash rises from the volcano and is drifting southwest over Papua New Guinea. The current eruption began on October 24 with an explosive eruption that forced thousands of villagers on Manam Island out of their homes. According to news reports, the ongoing eruption has not caused any injuries.
Source: Jacques Descloitres, MODIS Rapid Response Team, NASA/GSFC 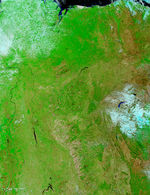