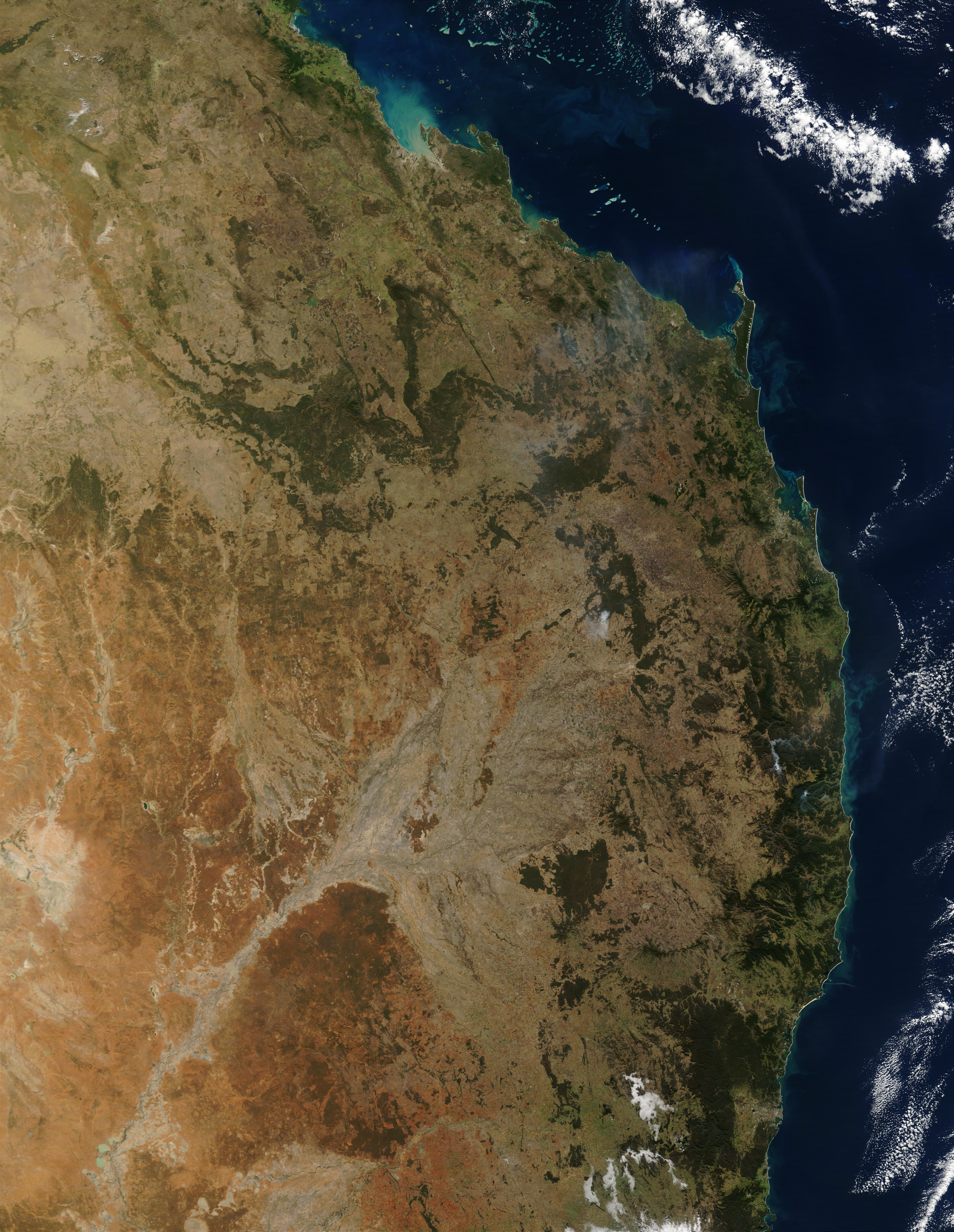 One of the key advantages of false-color imagery is that it highlights subtle features that are not immediately obvious or apparent in the true- or natural-color imagery of the same scene. For example, these true- and false-color images acquired by the Moderate Resolution Imaging Spectroradiometer (MODIS) on the Terra satellite on July 2, 2002, show several interesting features of the landscape of eastern Australia. The most obvious difference between the two is the way they depict vegetation. In arid or semi-arid environments like those that cover most of Australia, the vegetation that has adapted to the dry conditions can look far different than the lush forests that hug the shores near the ocean. And in fact, in true-color satellite imagery, such vegetation might not even look green. In the bottom left corner of the true-color image, a dry, silvery-gray river makes a diagonal line toward the northeast through reddish-brown terrain that looks very much like bare, brownish-red clay or soil. But the false-color image, tailored to pick up even the smallest signal from vegetation, shows the air to be far from barren. Another difference is in the depiction of water. Several small bodies of salty or silty water blend in with the greens and browns of the true-color image, but the false-color image, which is based on the way water absorbs infrared energy, shows the small lakes and ponds in bright blue contrast with the green vegetation and pale brown soil. Clear water appears almost black. Several wetland marshy areas became more evident, such as those around Lake Maraboon, roughly centered in the top half of the image. In both images, fire detections are indicated with red dots.
Source: Jacques Descloitres, MODIS Land Rapid Response Team, NASA/GSFC

The province of Huesca in 1900

Comarques of the Valencian Community 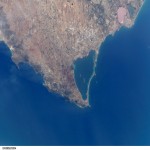 Satellite view of the Mar Menor