Fires and Heavy Smoke in Sumatra 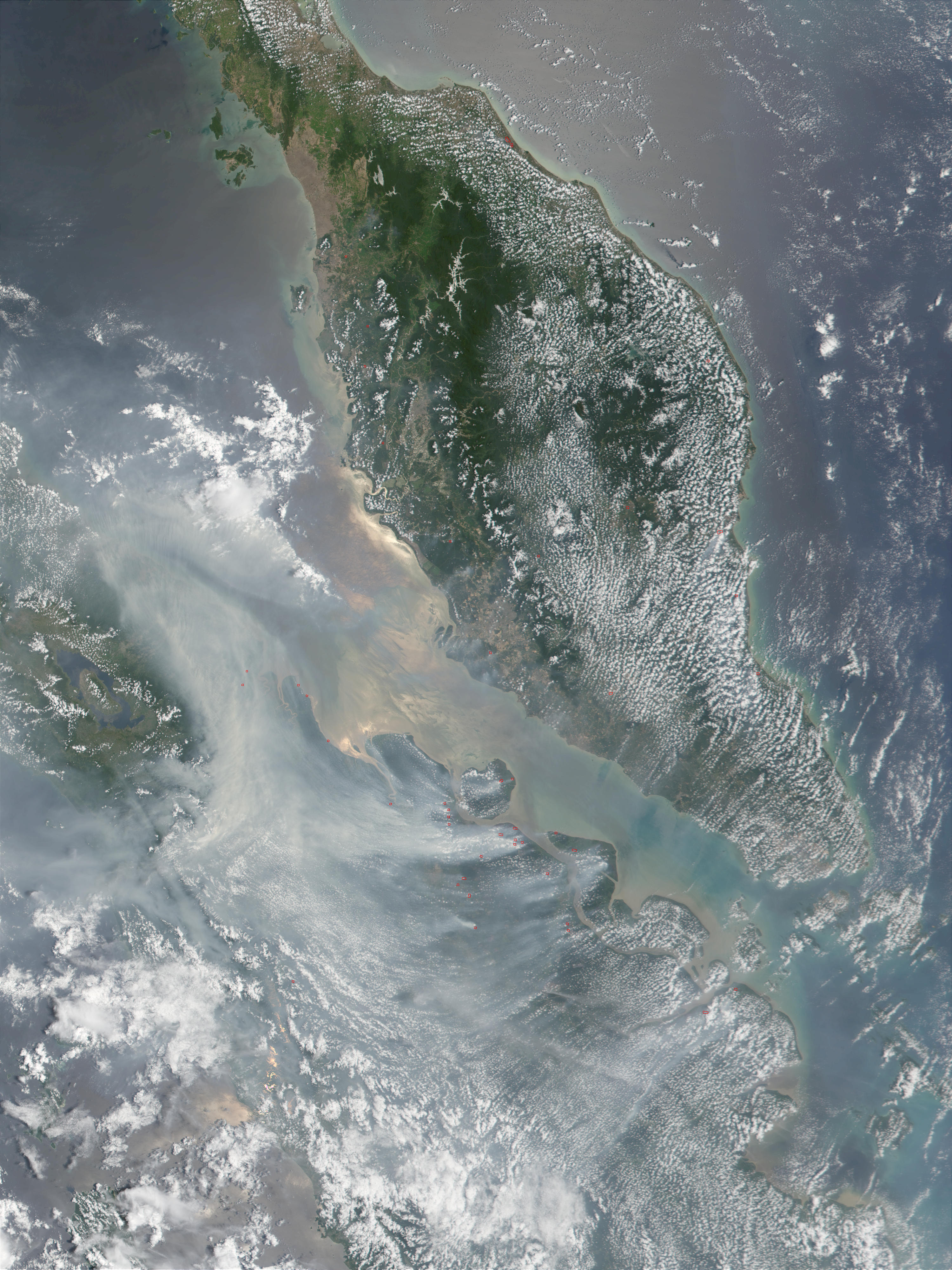 The smoke was so thick over some parts of Sumatra, Indonesia, in late February 2002 that officials were forced to close schools due to the health hazard. As can be seen in this true-color scene acquired on March 13, 2002, many fires continue to burn along the eastern side of Sumatra while strong winds are blowing the smoke back over the island. This image was acquired by the Moderate-resolution Imaging Spectroradiometer (MODIS), flying aboard NASAs Terra satellite. The red boxes (see the high-resolution image) indicate the areas recently burned or still burning.
Source: Image courtesy Jacques Descloitres, MODIS Land Rapid Response Team at NASA GSFC 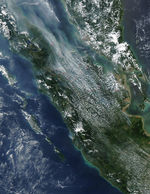 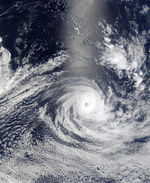 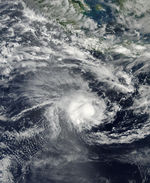