Floods along the Yangtze River, China 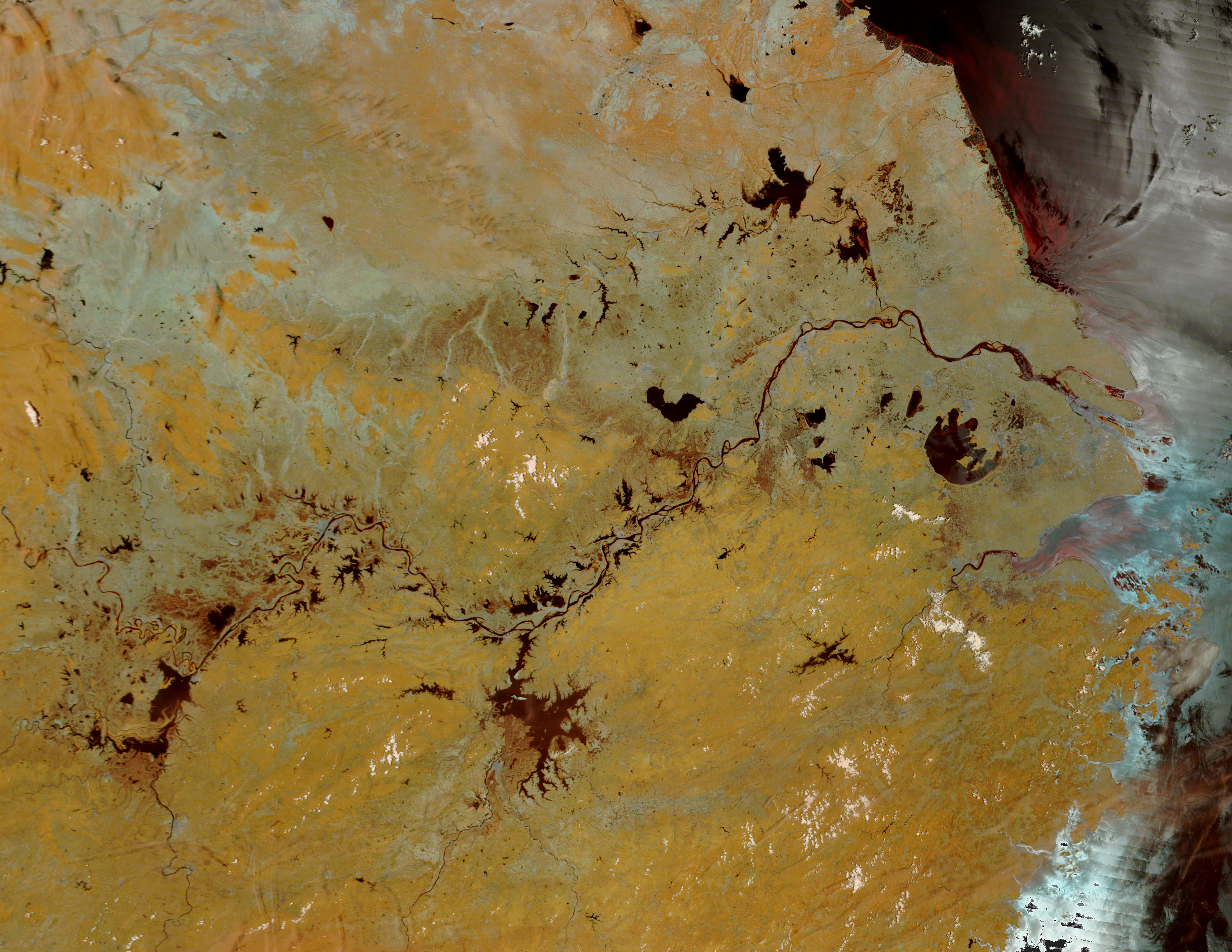 For over the past month, frequent, heavy rains have drenched parts of central China, giving rise to floods along the Yangtze River that have affected more than 20 million people. This false-color image of the Yangtze River and its tributaries was acquired on May 26, 2002, by the Moderate-resolution Imaging Spectroradiometer (MODIS), flying aboard NASAs Terra spacecraft (right). The river snakes its way through the center of the image. Most of the severe flooding occurred on the western end of the river in the northern Hunan Province, which contains the lake on the left side of the image. Some areas in the province have received as much as 40 days of rain in the last two months, and the floods have affected over six million acres of cropland. Normally, the lakes and tributaries that feed the river would be less swollen and their outlines more defined. In this false-color image, orange and pale green shows land surface and dark brown is water. The pinkish-white patches are clouds.
Source: Jacques Descloitres, MODIS Land Rapid Response Team, NASA/GSFC