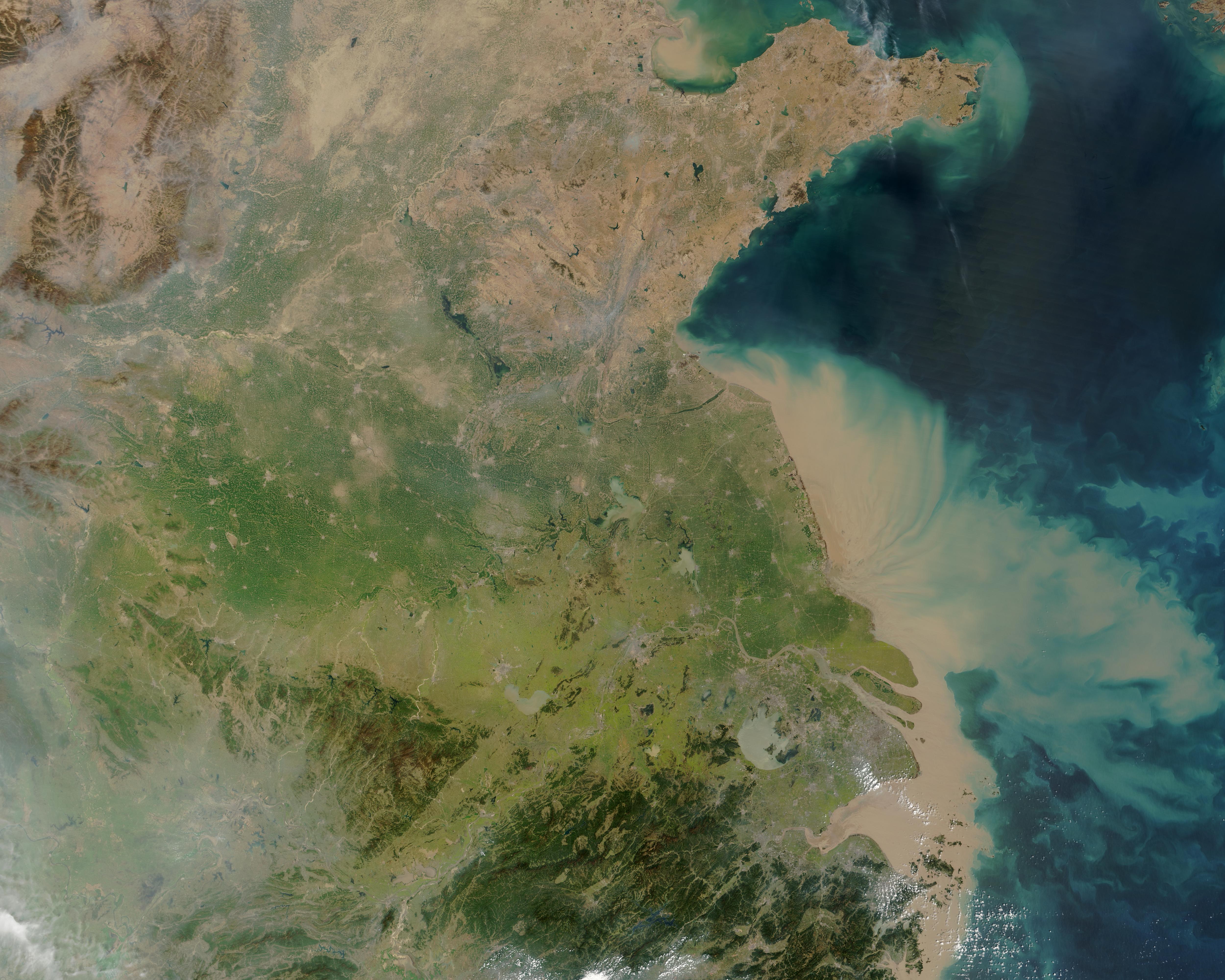 A tan fan of sediment spreads from the mouth of the Yangtze River into the East China Sea in this Moderate Resolution Imaging Spectroradiometer (MODIS) image taken on April 4, 2004, by the Terra satellite. Sprawling cement-colored spots are cities in this densely-populated region of China. One of the largest of the cities shown here is Shanghai, located on the south bank of the Yangtze at its mouth. To its south, the Dabie Mountains run in a rugged dark green line from the west to the sea.
Source: Jacques Descloitres, MODIS Rapid Response Team, NASA/GSFC 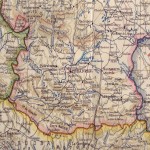 Province of Ciudad Real in 1938