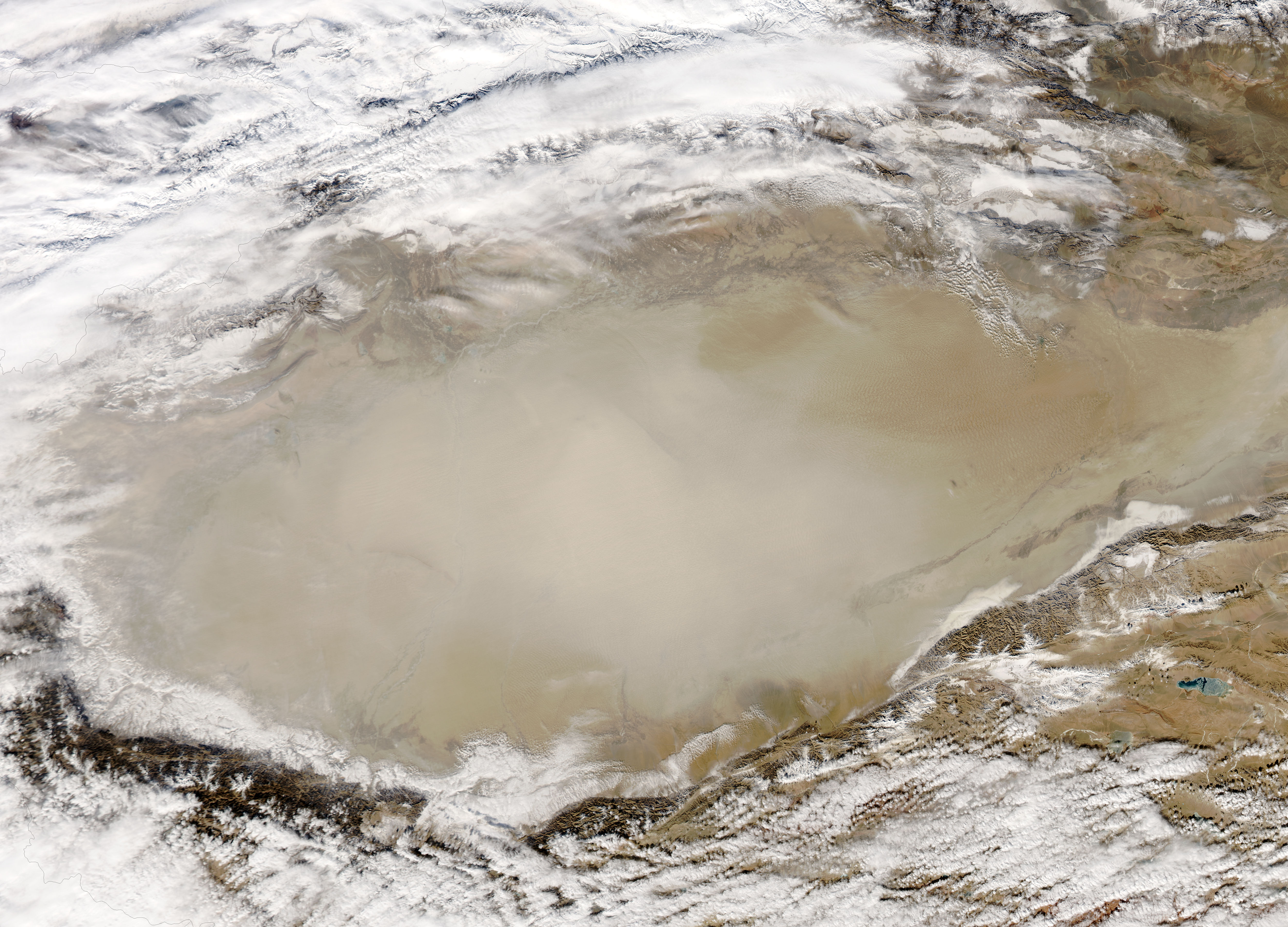 The Tarim basin of western China forms an almost perfect oval between three mountain ranges, the Tian Shan in the north, the Kunlun Shan in the south, and the Altun Shan in the southeast. Covered almost entirely by the Taklimakan Desert, it is not unusual to see the basin filled with dust as it was on January 30, 2005. The desert is one of the largest shifting sand deserts in the world, covering 741,900 square kilometers of loose sand. This pair of Moderate Resolution Imaging Spectroradiometer ( MODIS ) images shows a sandstorm developing throughout the day. In the morning, when the Terra satellite flew over, the center and southeastern edge of the desert were clouded with airborne sand. By afternoon, when the Aqua satellite acquired its image, dust filled most of the basin.
Source: Jacques Descloitres, MODIS Rapid Response Team, NASA/GSFC