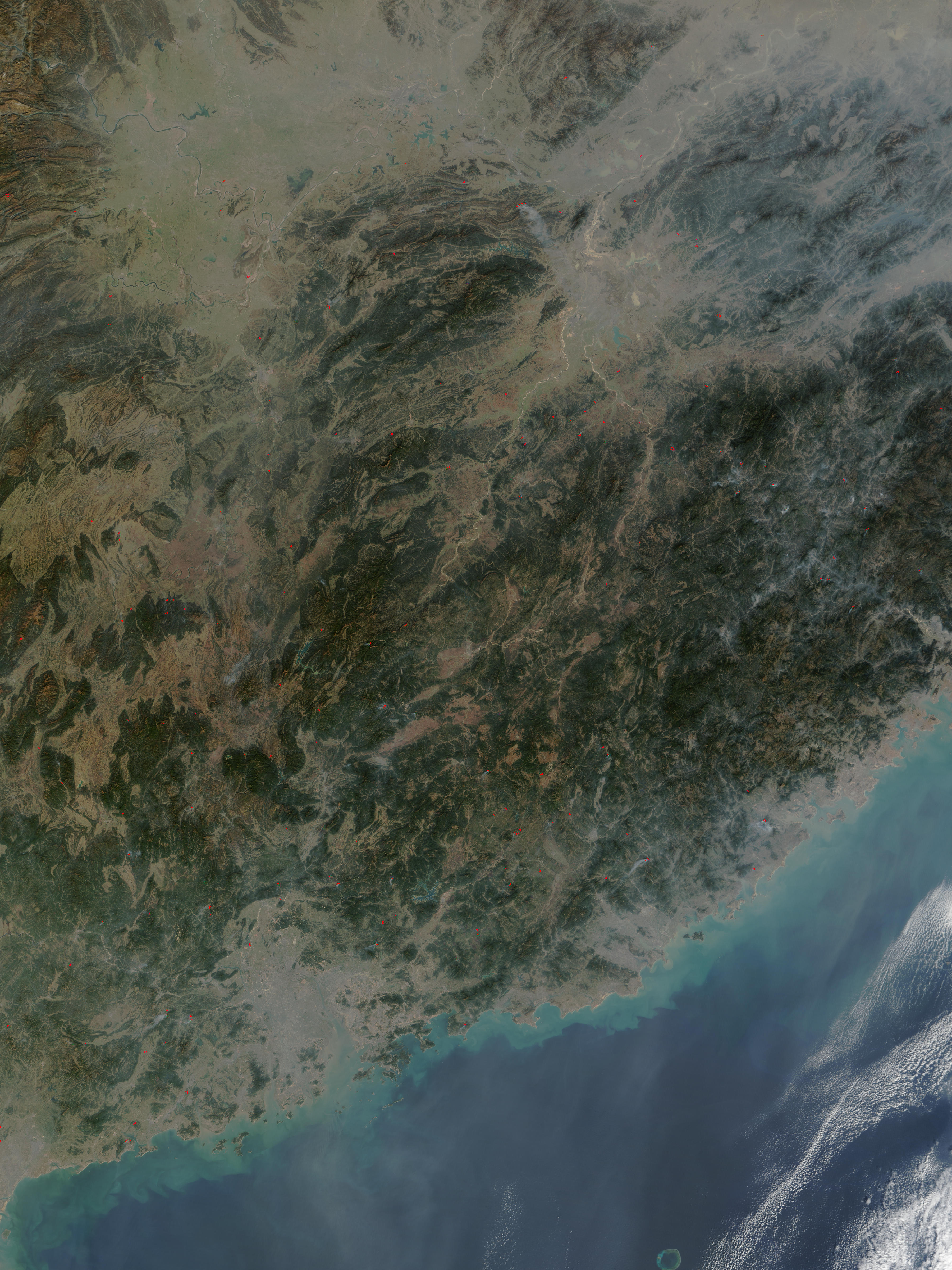 Scattered fire, red dots, burned across Southern China on February 14, 2004. Because of the widespread nature of the fires, they were probably started for agricultural purposes. A thin pall of grey haze hangs over the land and the South China Sea. Haze is very common in China during the winter as people burn coal for heat. In contrast to the green and tan inland, the coast is densely populated, packed with grey cities. The largest city, in the lower right portion of the image, is Guangzhou (Canton). Hong Kong is southeast of Guangzhou. The Moderate Resolution Imaging Spectroradiometer ( MODIS ) on NASAs Terra satellite captured this image.
Source: Jeff Schmaltz, MODIS Rapid Response Team, NASA/GSFC 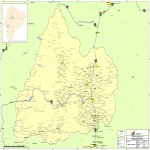 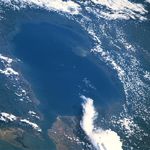 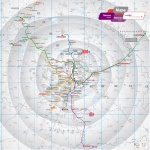