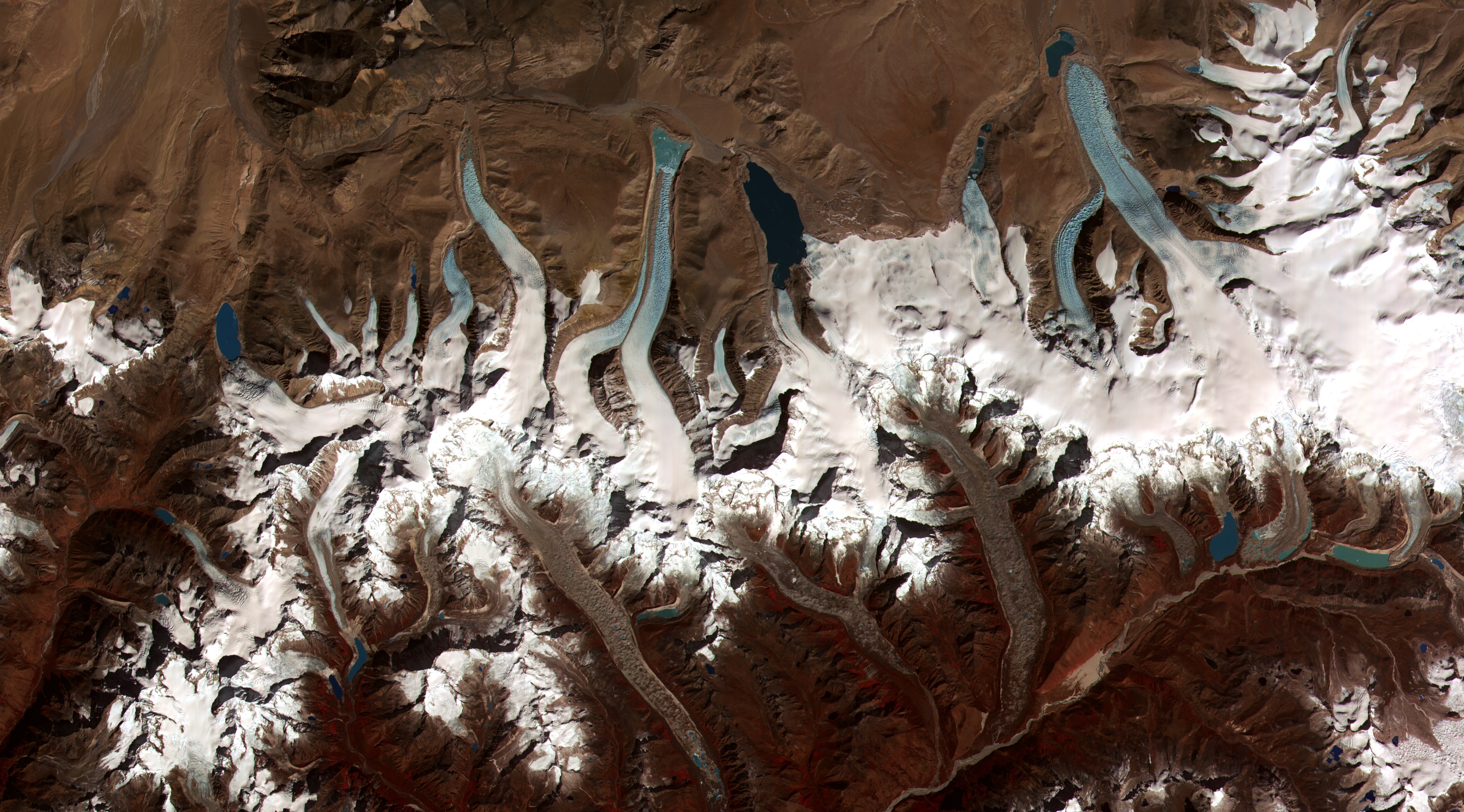 According to a joint press release issued by NASA and the U.S. Geological Survey, the great majority of the worlds glaciers appear to be declining at rates equal to or greater than long-established trends. This image from the ASTER (Advanced Spaceborne Thermal Emission and Reflection Radiometer) instrument aboard NASAs Terra satellite shows the termini of the glaciers in the Bhutan-Himalaya. Glacial lakes have been rapidly forming on the surface of the debris-covered glaciers in this region during the last few decades. According to Jeffrey Kargel, a USGS scientist, glaciers in the Himalaya are wasting at alarming and accelerating rates, as indicated by comparisons of satellite and historic data, and as shown by the widespread, rapid growth of lakes on the glacier surfaces. According to a 2001 report by the Intergovernmental Panel on Climate Change, scientists estimate that surface temperatures could rise by 1.4xC to 5.8xC by the end of the century. The researchers have found a strong correlation between increasing temperatures and glacier retreat. (Click to read the full press release.)
Source: Image provided by Jeffrey Kargel, USGS/NASA JPL/AGU