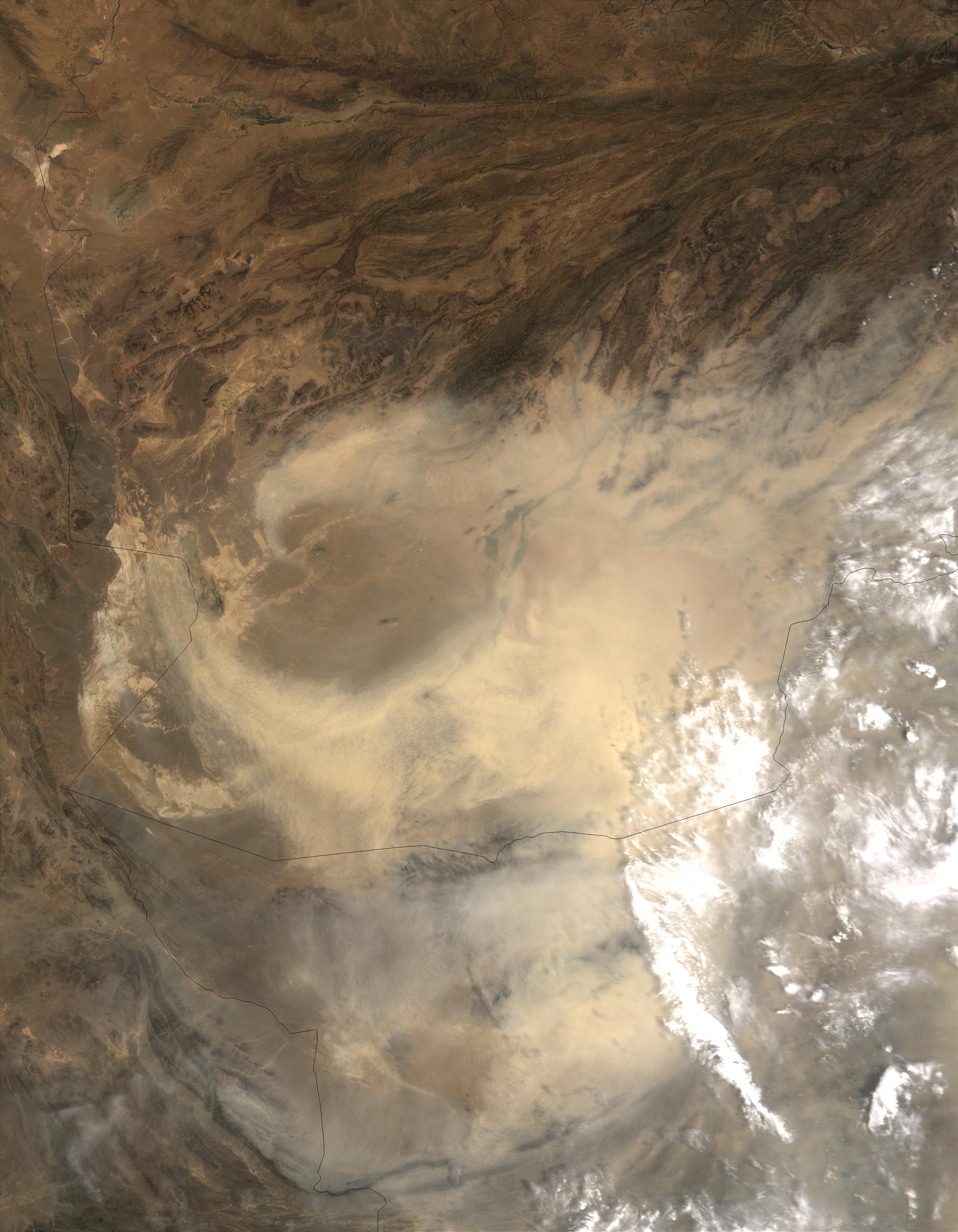 Sandstorms that have been scouring southwestern Afghanistan since June 5 are being called the worst in living memory by residents of the area. The dust and sand have buried villages, filled waterways, destroyed crops and killed livestock. The storms are predicted to persist until the end of August, creating a huge environmental disaster for more than 10,000 people in the affected region. This image from the Moderate Resolution Imaging Spectroradiometer (MODIS) on the Terra satellite on July 24, 2003, shows pale swaths of dust spreading over the rugged, arid terrain of southern Afghanistan (top) and western Pakistan (bottom).
Source: Jeff Schmaltz, MODIS Rapid Response Team, NASA/GSFC 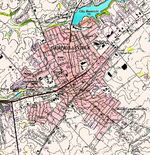 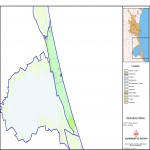