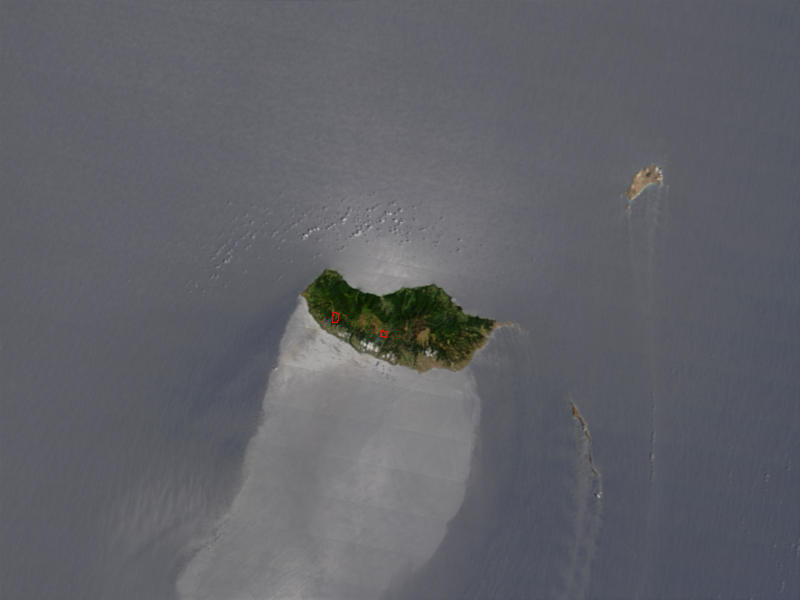 Much of the island of Madeira, in the Atlantic Ocean hundreds of miles west of Morocco, is in fact a Nature Park, which explains its lush, green appearance. The island has volcanic origins, and much of the coastline consists of rocky lava gorges that reach out to the sea. In this image of the island captured by the Moderate Resolution Imaging Spectroradiometer (MODIS) on the Terra satellite on July 29, 2003, a few fires have been detected by MODIS and are marked with red outlines. The two smaller islands are also part of the Madeira Archipelago: at top right is Porto Santo Island and at bottom right are the narrow Desert Islands.
Source: Jeff Schmaltz, MODIS Rapid Response Team, NASA/GSFC 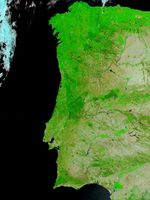 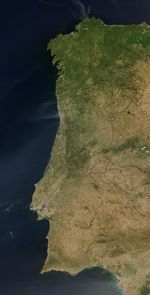 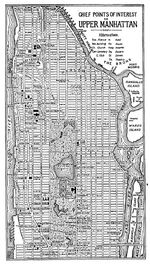