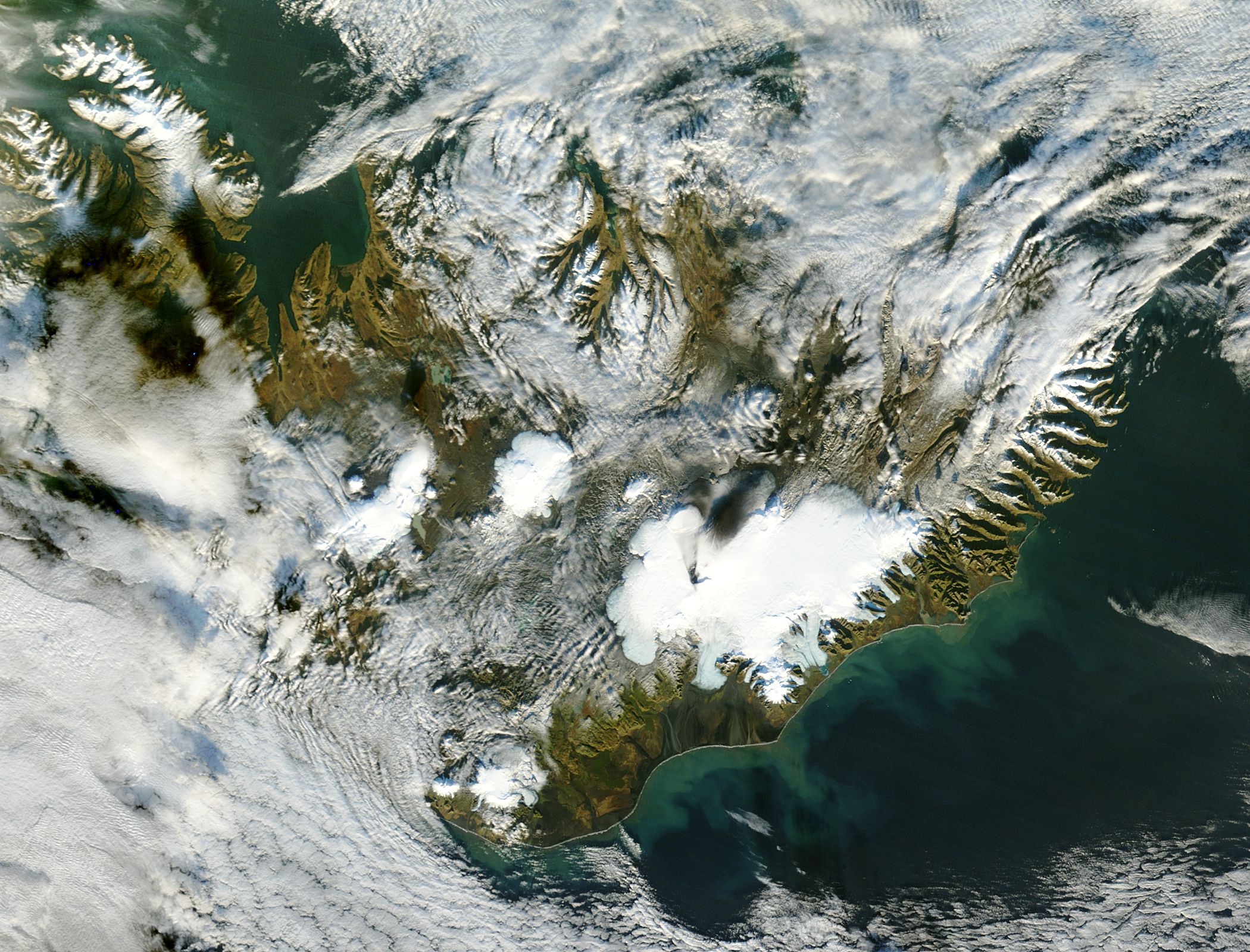 As fall marches toward winter in the Northern Hemisphere, Icelands rugged terrain casts long shadows back on itself, exaggerating the topography of the islands snow-covered mountains, particularly along the eastern coast. On the northeastern portion of the islands largest ice cap—Vatnajokull—what appears to be another of the seasons long shadows is actually a layer of ash from the recent eruption of the sub-glacial volcano that lies beneath the thick ice. The GrimsvÃ Volcano and VatnajÃ l engage in a cycle of creation and destruction, build-up and release. Beneath a sheet of ice 200 meters thick in places, GrimsvÃ simmers, its crater filled with a lake of meltwater dammed by ice blockages. The immense mass of water and ice presses down on the volcano, holding explosive eruptions in check. As the bottom of the glacier continues to melt, the lake eventually overruns the level of the ice dams, releasing a glacial outburst flood. The draining of the lake temporarily releases the pressure on the volcano, which may make explosive eruptions more likley. In mid-October, the lake spilled over the calderas ice dams, and on November 2, 2004, GrimsvÃ spewed a large plume of ash and steam high into the atmosphere. The plume forced air traffic to be re-routed and left a dark blanket across the northern part of the scalloped glacier. This Moderate Resolution Imaging Spectroradiometer ( MODIS ) image captured by the sensor on the Terra satellite shows the sooty remains of the eruption spread across the glacier. Soon, the evidence of the eruption will be frozen in time, as the layer of ash is buried by the advancing winters snows.
Source: Jacques Descloitres, MODIS Rapid Response Team, NASA/GSFC 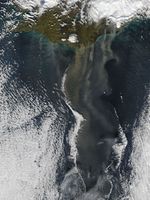