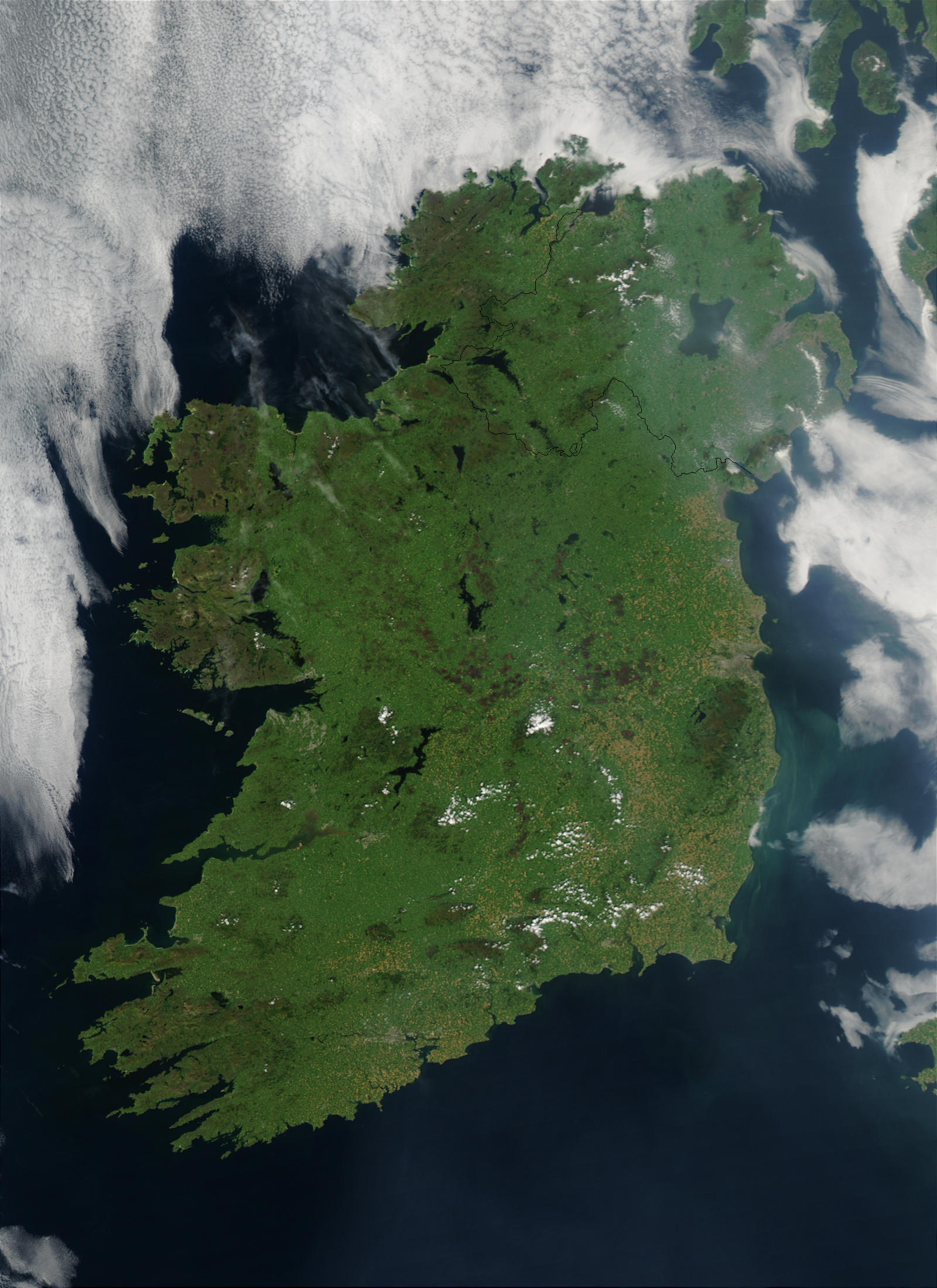 On August 7, 2003, the Aqua MODIS instrument acquired this image of Ireland on the first day this summer that most of the island hasn´t been completely obscured by cloud cover. Called the Emerald Isle for a good reason, Ireland is draped in vibrant shades of green amidst the blue Atlantic Ocean and Celtic (south) and Irish (east) Seas. Faint ribbons of blue-green phytoplankton drift in the waters of the Celtic Sea, just south of Dublin. Dublin itself appears as a large grayish-brown spot on the Republic of Ireland´s northeastern coast. This large capital city (population 1.12 million) sits on the River Liffey, effectively splitting the city in half. Northern Ireland´s capital city, Belfast, also sits on a river: the River Lagan. This city, though its population is only a fifth of the size of Dublin´s, is also clearly visible in the image as a grayish-brown spot on the coast of the Irish Sea.
Source: Jeff Schmaltz, MODIS Rapid Response Team, NASA/GSFC 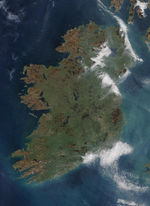 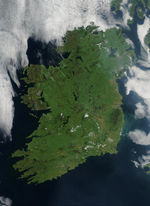 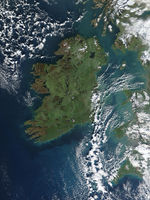 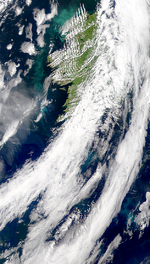 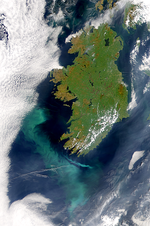 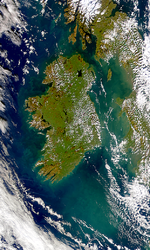 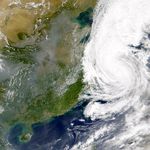 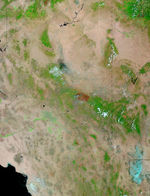 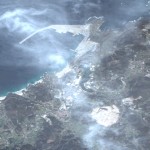