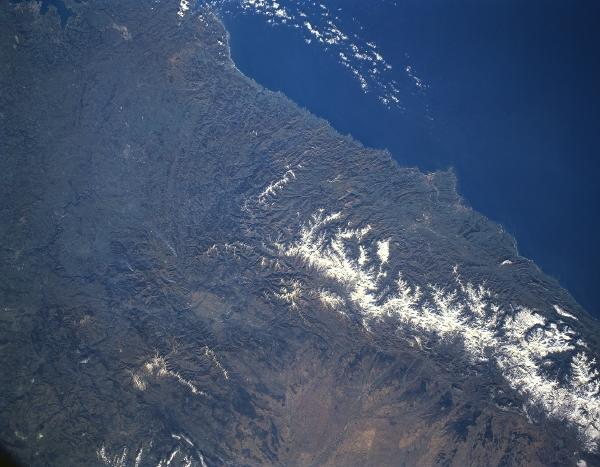 The Cantabrian Mountains are a physical and climatic barrier to northern Spain. The east to west trending limestone mountains extend for 300 miles (483 km) along the northern coastline of Spain. The mountains northern slopes drop steeply towards the Asturias Coast while the southern mountain slopes descend more gradually towards the arid interior. This late winter image accentuates the fact (through marked color differences) that the windward (north) side of the mountains receives substantially more precipitation than the drier leeward (south) slopes. This image also shows that an accumulation of snow is visible on the higher elevations, usually exceeding 7000 feet (2134 meters) above sea level. The Cantabrian Mountains have provided a constant source of iron and coal for Spain during the last few centuries.
Source: NASA - National Aeronautics and Space Administration 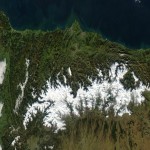 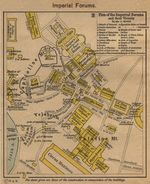 Map of Imperial Forums and their Vicinity 1923