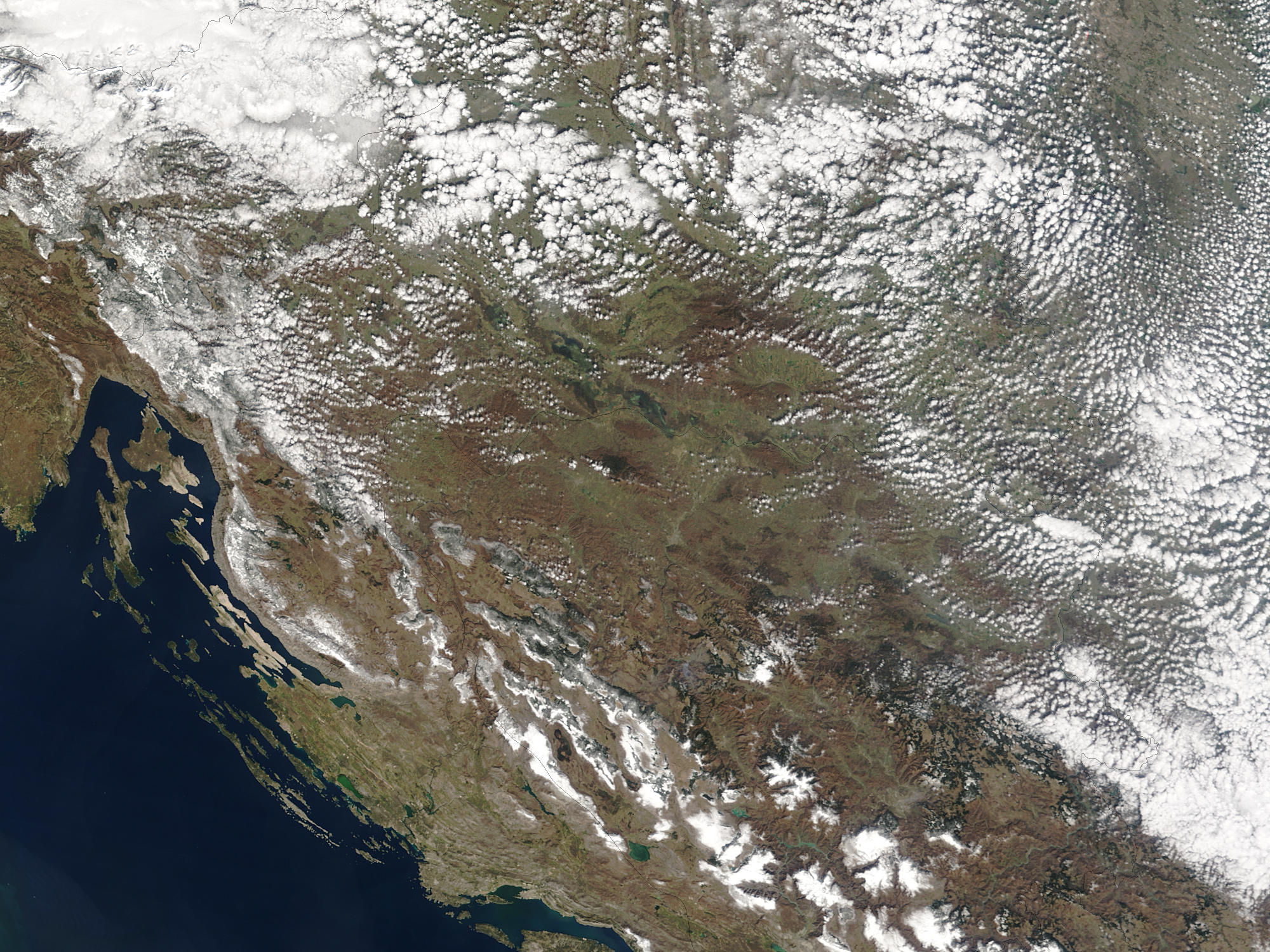 Inky black splotches along Croatia’s Sava River show where the river has expanded in a springtime flood. The Moderate Resolution Imaging Spectroradiometer (MODIS) on the Terra satellite recorded the floods on March 29, 2004. The region had recently been inundated with heavy rains, which undoubtedly were partially responsible for the floods. However, a Terra MODIS image taken on March 18, hints that melting snow also contributed to the rising waters. On March 18, snow, shown in light blue in the false-color scenes, covered the Dinaric Alps along the Adriatic Sea. By March 29, most of the snow was gone.
Source: Jacques Descloitres, MODIS Rapid Response Team, NASA/GSFC