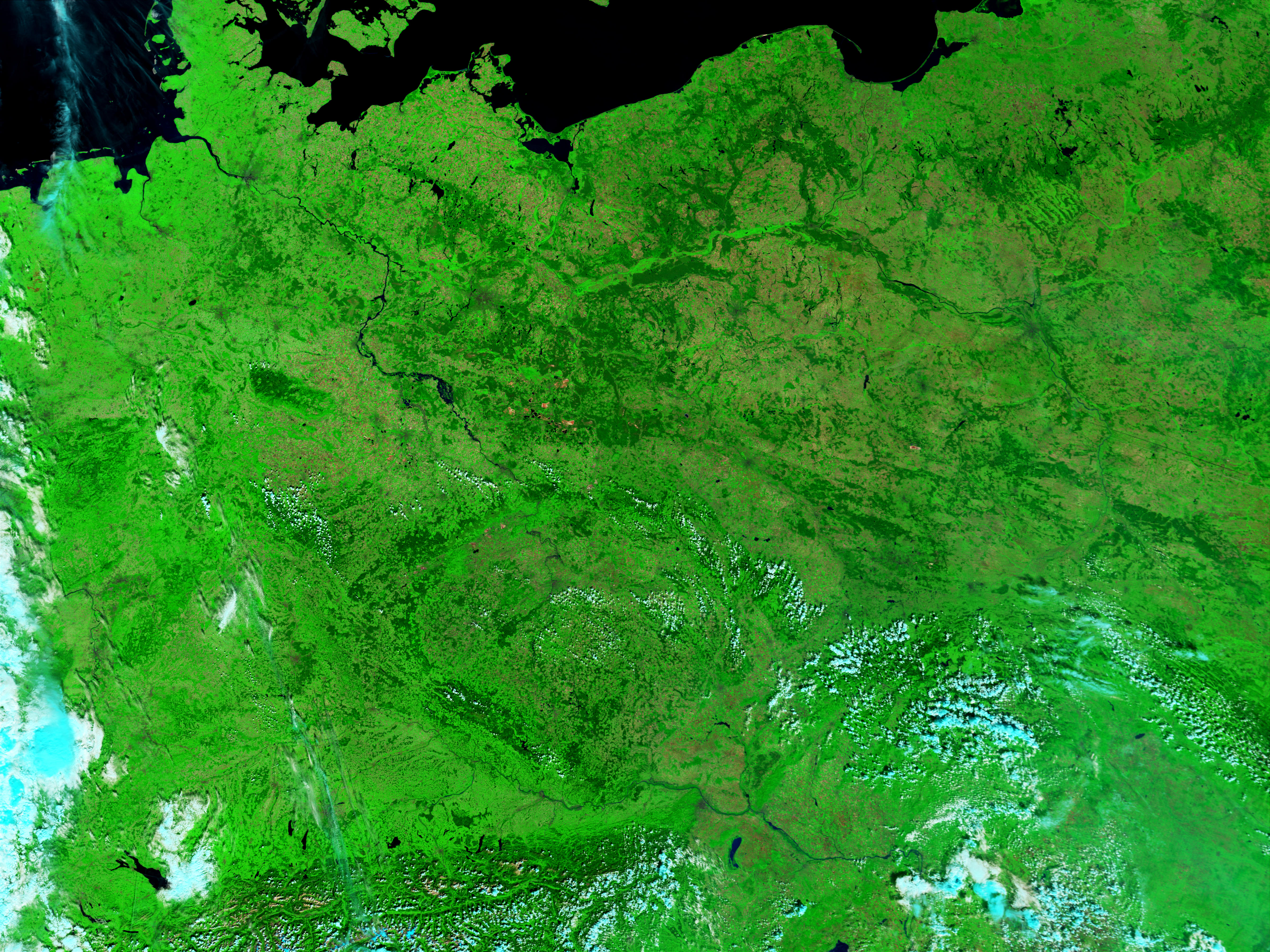 Heavy rains in Central Europe over the past few weeks have led to some of the worst flooding the region has witnessed in over 100 years. The floods have killed over 100 people in Germany, Russia, Austria, Hungary, and the Czech Republic and have led to as much as $20 billion in damage. This false-color image of the Elbe River and its tributaries was taken on August 20, 2002, by the Moderate Resolution Imaging Spectroradiometer (MODIS), flying aboard NASA—s Terra satellite.The floodwaters that inundated Dresden, Germany, earlier this week have moved north. As can be seen, the river resembles a fairly large lake in the center of the image just south of the town of Wittenberg. Flooding was also bad further up river in the towns of Maqgdeburge and Hitzacker. Roughly 20,000 people were evacuated from their homes in northern Germany. Fifty thousand troops, border police, and technical assistance workers were called in to combat the floods along with 100,000 volunteers. The floodwaters are not expected to badly affect Hamburg, which sits on the mouth of the river on the North Sea.
Source: Jacques Descloitres, MODIS Land Rapid Response Team, NASA/GSFC 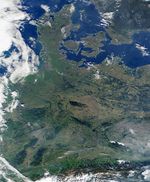 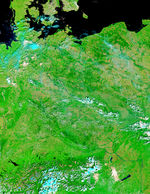 Population density evolution in Vitoria-Gasteiz, from 2006 to 2010 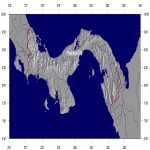 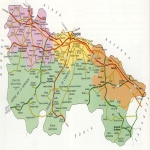