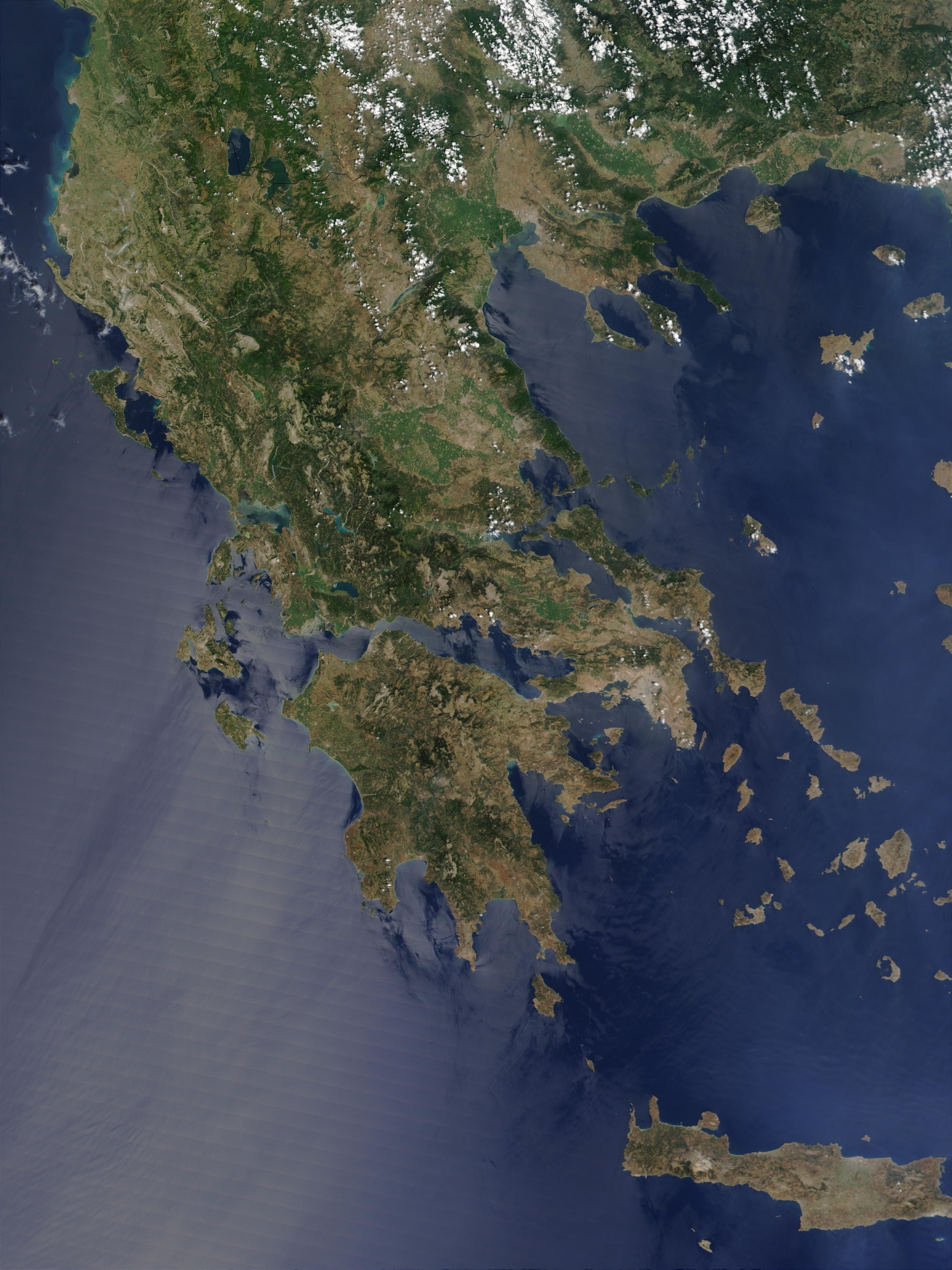 The skies above Greece are exceptionally clear in this true-color Terra MODIS image acquired August 3, 2002, and thewaters of the Mediterranean Sea shine silver and blue. Modern-day Greece is a nation of many islands, but in ancient times, Greece was a looseconfederation of city-states that usually only came together as a whole to defend themselves from invaders. But what ancient Greece was most noted forwas being the root of Western philosophy. Socrates, Isocrates, Plato, Aristotle, Pythagoras, and Gorgias are just a few of the most famous philosophers to come out of Greece. Athens, the modern-day capital of Greece and one of the strongest city-states in ancient times, sits across the bay from the large island ofPeloponnisos (lower center). Athens appears gray and is dotted by a few low white clouds. Peloponnisos was home to Sparta, a city-state that wasoften at odds with Athens. Sparta was located just north of the center of the three south-facing fingers of Peloponnisos. Also visible in this imageare the modern-day nations of Albania (top left), Macedonia (top center), and Bulgaria (top right).
Source: Jacques Descloitres, MODIS Land Rapid Response Team, NASA/GSFC 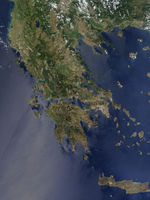 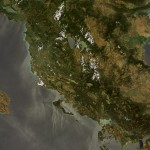 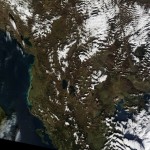 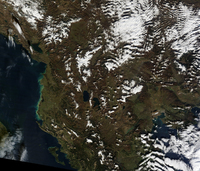 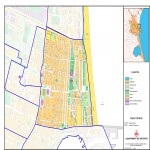