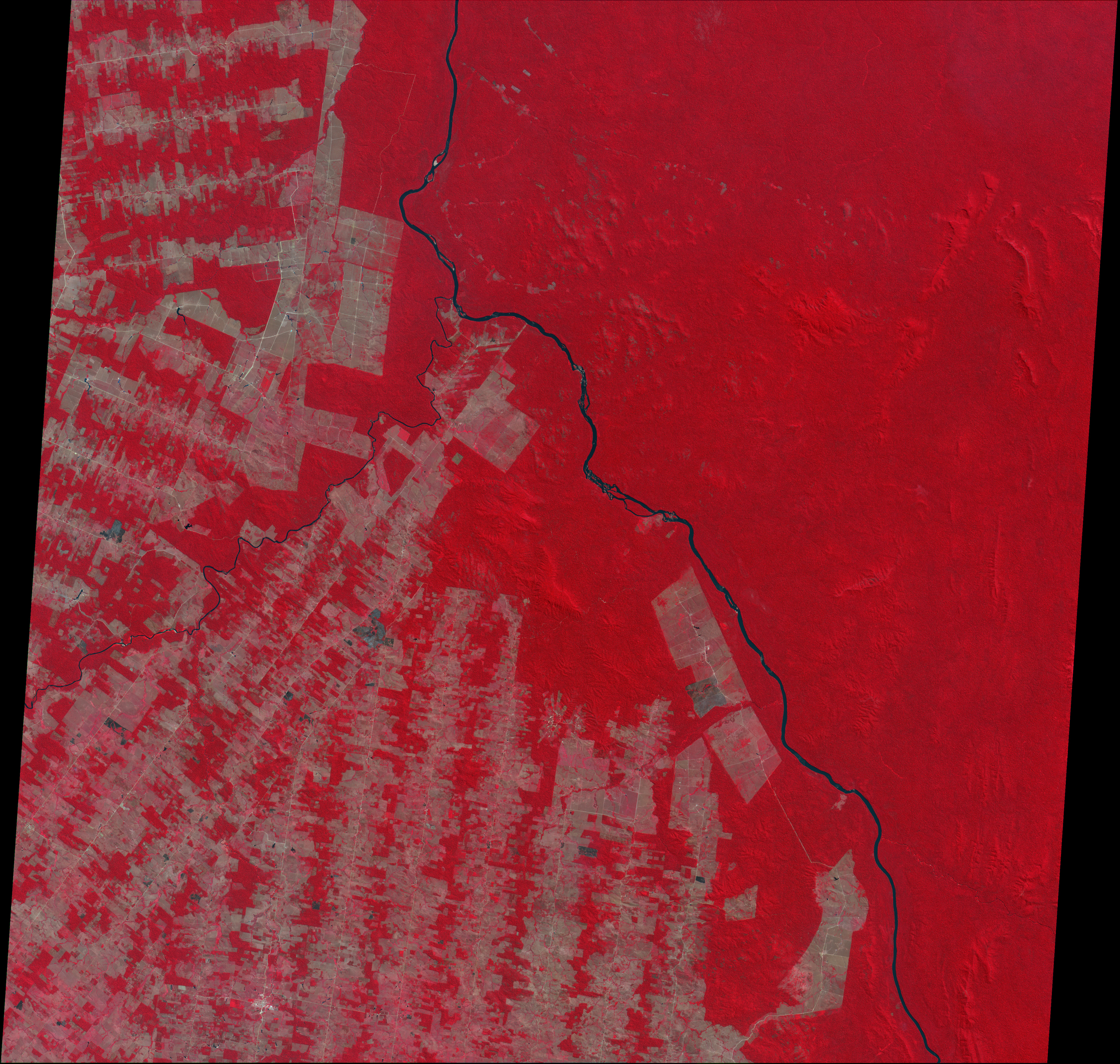 This image shows the extent of deforestation in the state of Rondonia, Brazil. Acquired by the Advance Spaceborne Thermal Emission and Reflection Radiometer (ASTER) on August 24, 2000, the false-color image combines near-infrared, red, and green light. Tropical rainforest appears bright red, while pale red and brown areas represent cleared land. Black and gray areas have probably been recently burned. The Jiparaná River appears blue. With a maximum spatial resolution of 15 meters, ASTER does not produce imagery as detailed as the IKONOS satellite, which has a maximum resolution of one meter. Compare the above image with IKONOS data from the same area. The somewhat lower resolution ASTER data is not as detailed, but provides a better overview, and ASTER can acquire data over a particular region more often than IKONOS. Other satellite instruments, such as the Sea-viewing Wide Field-of-View Sensor (SeaWiFS), give even broader and more frequent coverage, as shown by this true-color image of Rondonia.
Source: Image courtesy NASA/GSFC/METI/ERSDAC/JAROS, and U.S./Japan ASTER Science Team

Map of Shizuoka and Vicinity, Japan 1954