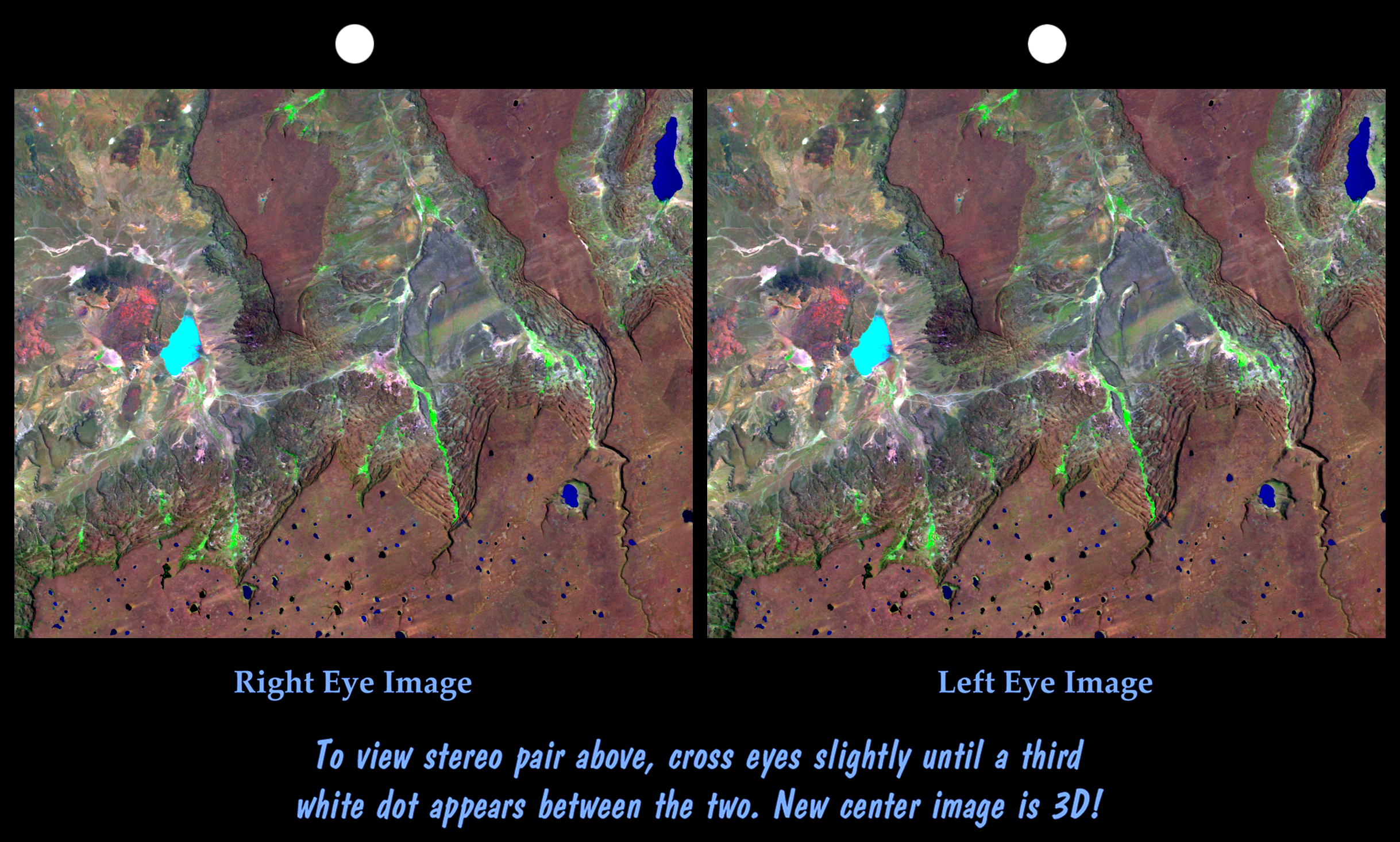 Basalt cliffs along the northwest edge of the Meseta de Somuncura plateau near Sierra Colorada, Argentina show an unusual and striking pattern of erosion. Stereoscopic observation helps to clarify the landform changing processes active here. Many of the cliffs appear to be rock staircases that have the same color as the plateaus basaltic caprock. Are these the edges of lower layers in the basalt or are they a train of slivers that are breaking off from, then sliding downslope and away from, the caprock. They appear to be the latter. Close inspection shows that each stair step is too laterally irregular to be a continuous sheet of bedrock like the caprock. Also, the steps are not flat but instead are little ridges, as one might expect from broken, tilted, and sliding slices of the caprock. Stream erosion has cut some gullies into the cliffs and green vegetation shows that water springs from and flows down some channels, but landsliding is clearly a major agent of erosion here. This cross-eyed stereoscopic image pair was generated using topographic data from the Shuttle Radar Topography Mission, combined with an enhanced Landsat 7 satellite color image. The topography data are used to create two differing perspectives of a single image, one perspective for each eye. In doing so, each point in the image is shifted slightly, depending on its elevation. When stereoscopically merged, the result is a vertically exaggerated view of the Earths surface in its full three dimensions. Landsat satellites have provided visible light and infrared images of the Earth continuously since 1972. SRTM topographic data match the 30-meter (99-foot) spatial resolution of most Landsat images and provide a valuable complement for studying the historic and growing Landsat data archive. The Landsat 7 Thematic Mapper image used here was provided to the SRTM project by the United States Geological Survey, Earth Resources Observation Systems (EROS) Data Center, Sioux Falls, South Dakota. Elevation data used in this image was acquired by the Shuttle Radar Topography Mission (SRTM) aboard the Space Shuttle Endeavour, launched on February 11, 2000. SRTM used the same radar instrument that comprised the Spaceborne Imaging Radar-C/X-Band Synthetic Aperture Radar (SIR-C/X-SAR) that flew twice on the Space Shuttle Endeavour in 1994. SRTM was designed to collect three-dimensional measurements of the Earths surface. To collect the 3-D data, engineers added a 60-meter-long (200-foot) mast, installed additional C-band and X-band antennas, and improved tracking and navigation devices. The mission is a cooperative project between the National Aeronautics and Space Administration (NASA), the National Imagery and Mapping Agency (NIMA) of the U.S. Department of Defense (DoD), and the German and Italian space agencies. It is managed by NASAs Jet Propulsion Laboratory, Pasadena, CA, for NASAs Earth Science Enterprise, Washington, DC. Size: 49 kilometers (30 miles) x 29 kilometers (18 miles) Location: 41 deg. South lat., 67.4 deg. West lon. Orientation: North toward upper left Image Data: Landsat bands 1,4,7 in blue, green, red Date Acquired: February 19, 2000 (SRTM), January 22, 2000 (Landsat)
Source: NASA/JPL/NIMA 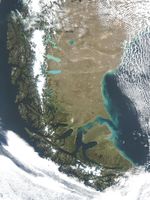 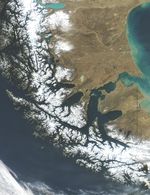 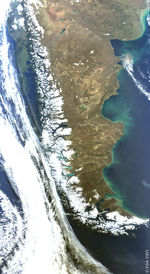 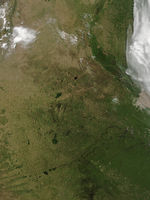 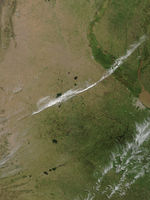 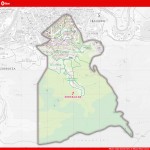 Valleys of the Trient Map, Switzerland 1914