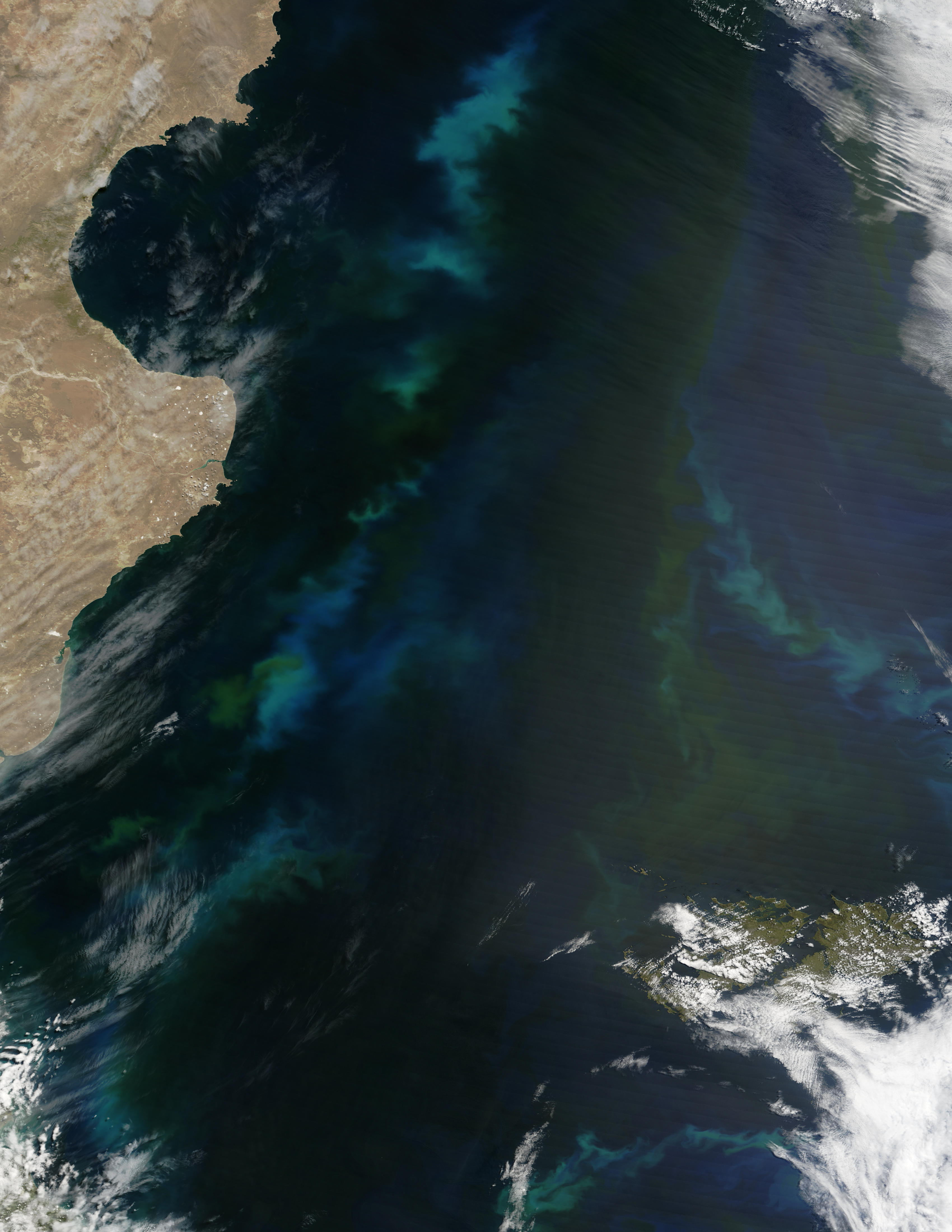 Clouds of blue and green color the South Atlantic Ocean in this Moderate Resolution Imaging Spectroradiometer ( MODIS ) image, taken on January 7, 2004, by NASAs Terra satellite. The colors are a result of millions of microscopic plants growing near the surface of the water. Called phytoplankton, some varieties of the plants are coated with white scales. When viewed through the ocean waters, the floating white plants appear blue. In places, chlorophyll gives the waters a green tint. Phytoplankton blooms are common where cold ocean currents carry nutrients from the bottom of the ocean to the surface. In this case, the bloom has developed in the Falkland or Malvinas Current, which sweeps north from Antarctica. The influx of nutrients allows large blooms to develop frequently in this section of the southern Atlantic, off the coast of Argentina. As a primary food source for many fish, the blooms support a strong marine ecosystem. Along the left side of the image is the southern tip of Argentina. The large round bay in the upper left corner is the Golfo San Jorge. West Falkland Island is in the lower right corner of the image.
Source: Jeff Schmaltz, MODIS Rapid Response Team, NASA/GSFC 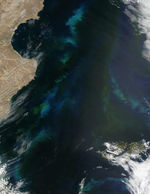 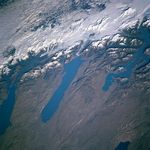 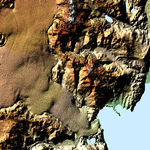 Rafalell i Vistabella, city of Valencia