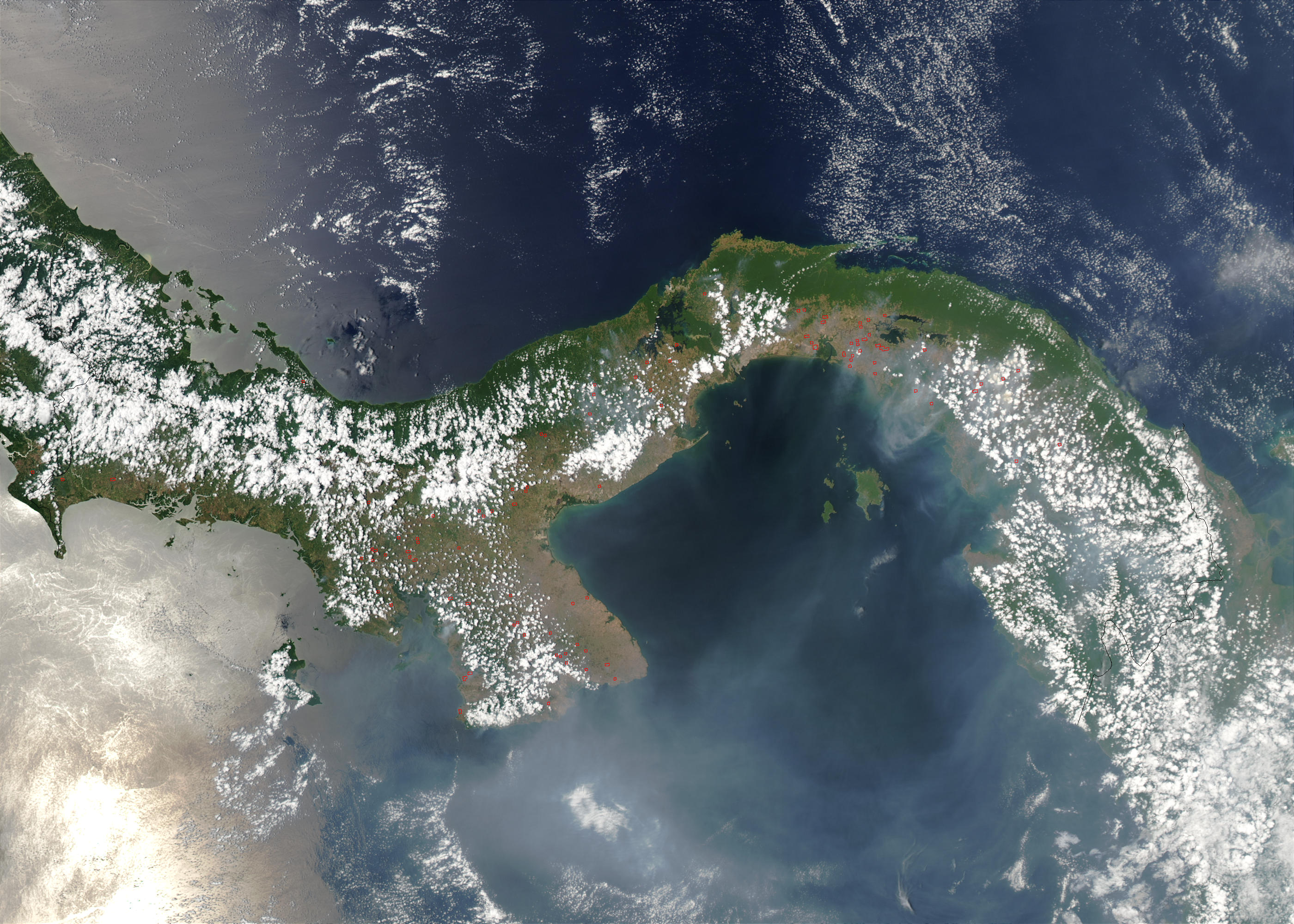 A few dozen fires (marked in red) burn in Panama, the narrow strip of land that connects North to South America. The fires add hazy clouds of grayish-blue smoke to the air, casting a haze over the Gulf of Panama and the Pacific Ocean. Off to the left, a bright streak of sliver crosses from the Pacific to the Caribbean Sea; this streak, called sun glint, is caused by the reflection of the sun on the water. The brighter (less diffuse) the silver, the calmer the water´s surface, and vice-versa. Panama´s most famous feature, the Panama Canal, is visible almost at image-center stretching between Colon and Panama City. Colon is located on the shores of the Caribbean Sea just west of the peak of Panama´s curve, while Panama City is located to the southeast on the Gulf of Panama. The Panama Canal is strategically very important, being the only crossing point from the Atlantic and Pacific without going south around the tip of South America via Drake Passage; a notoriously dangerous stretch of sea. This true-color Aqua MODIS image was acquired on March 28, 2003.
Source: Jeff Schmaltz, MODIS Rapid Response Team, NASA/GSFC 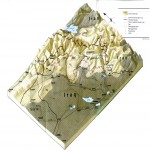