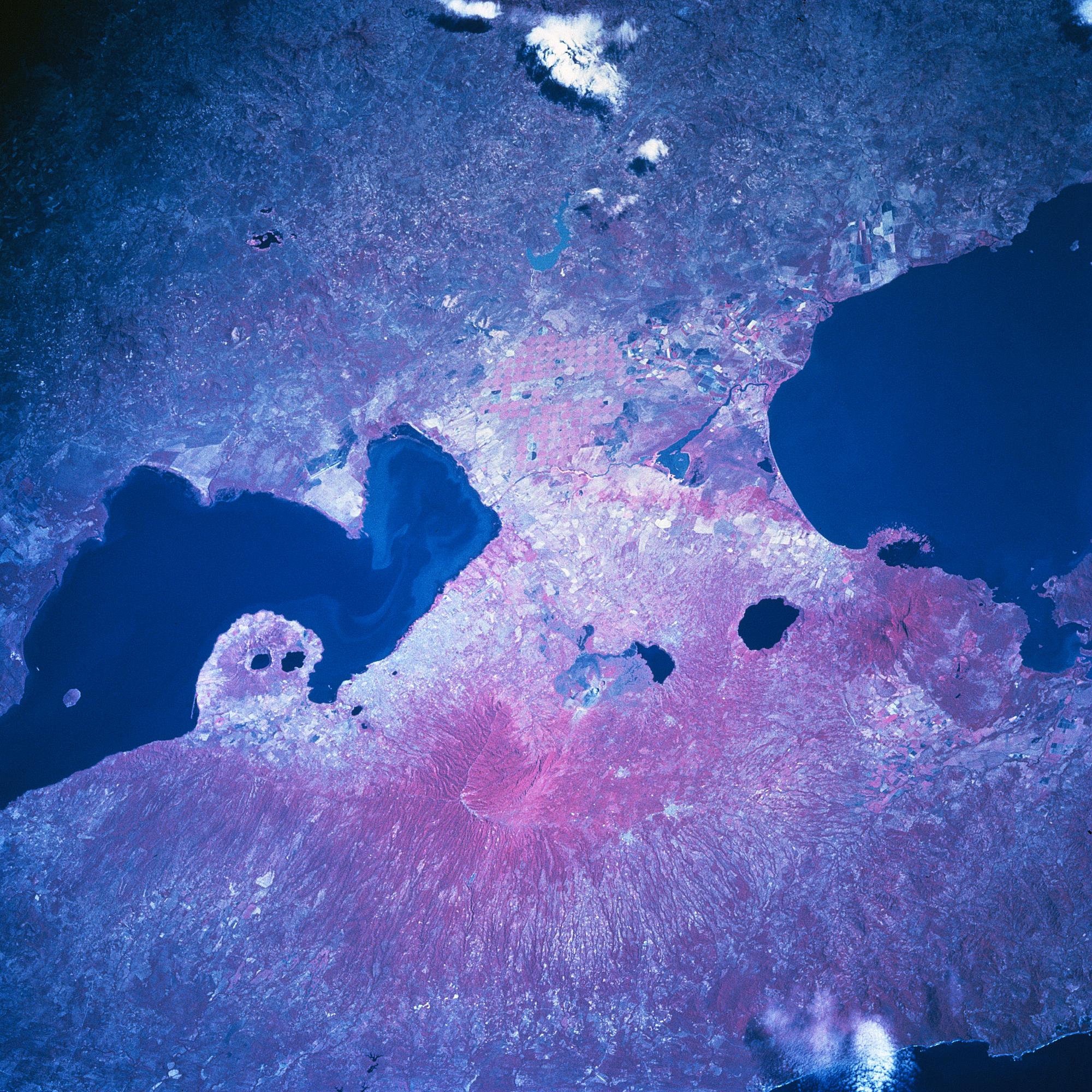 Lake Managua, Nicaragua January 1997 The dark-looking water of Lake Managua (left middle) and the northwest end of Lake Nicaragua (right middle) stand out in marked contrast with the volcanic landscape of western Nicaragua in this color infrared image. Most of the land between the two lakes is used for agriculture (note the cultivated field patterns). There is a light colored sediment plume in the water along the east shore of Lake Managua. The smaller dark features that are aligned northwest to southeast display the location of four craters/calderas that have been filled with water. These water-filled structures help to identify the active volcanic belt that borders and parallels the west coast of Central America. The capital of Nicaragua, Managua, is the highly reflective (lighter in color) area south of Lake Managua. Masaya Volcano, a composite twin volcano with multiple summit craters and a caldera lake along the east side of the volcano, is discernible southeast of the city of Managua (slightly below the center of the image). Notice how the color infrared picture (green vegetation is portrayed as reddish colors) helps to document the deeply eroded western flanks of the low mountains in the lower third of the picture.
Source: National Aeronautics and Space Administration - NASA/JPL/NIMA 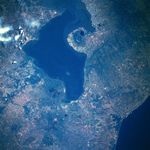 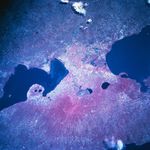 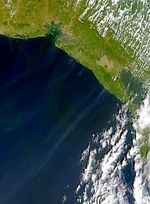 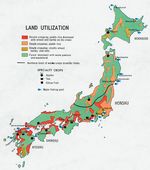 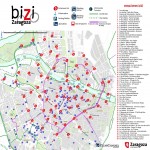 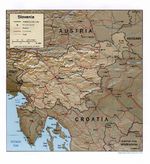