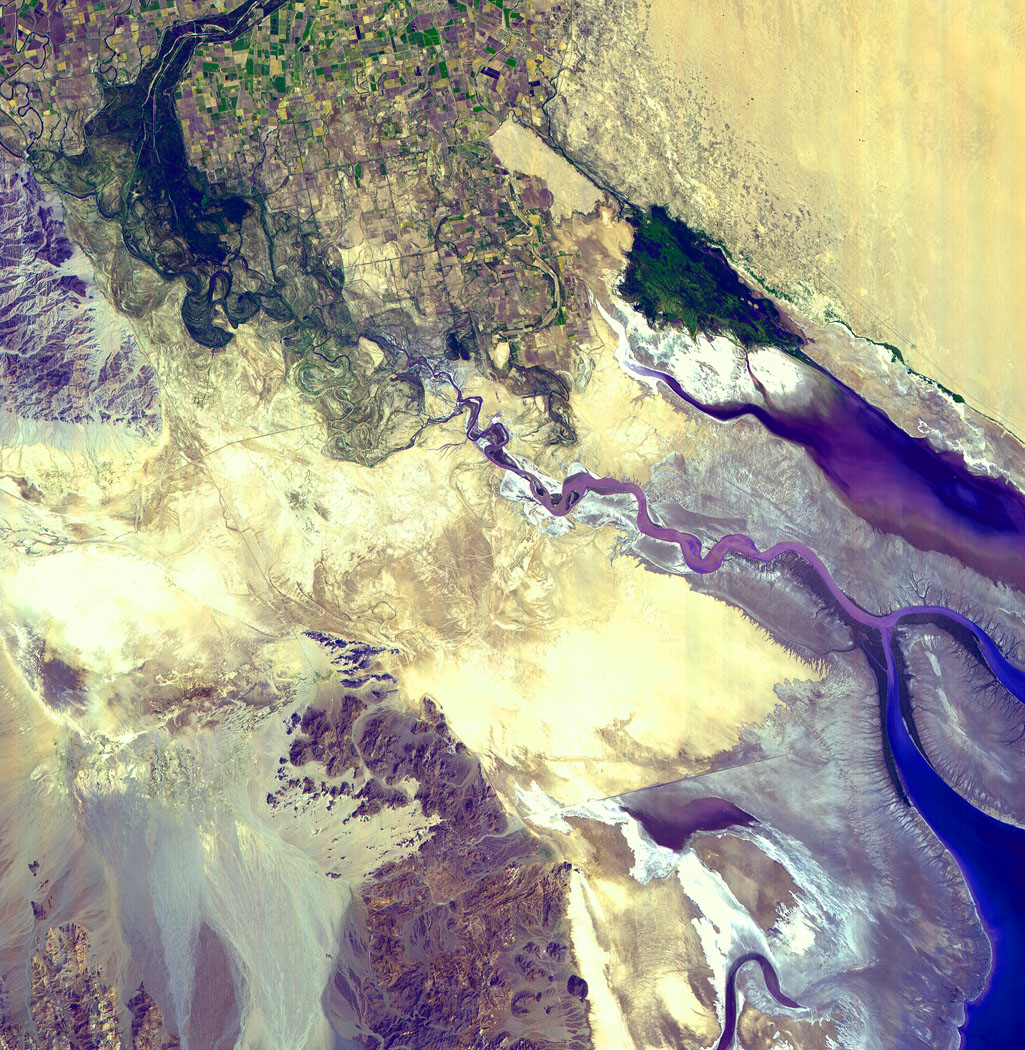 Not more than 80 years ago the mighty Colorado River flowed unhindered from northern Colorado through Utah, the Grand Canyon, Arizona, and Mexico before pouring out into the Gulf of California. But as one can see in this image of the Colorado River Delta taken on September 8, 2000, by the Spaceborne Thermal Emission and Reflection Radiometer (ASTER), flying aboard the Terra spacecraft, irrigation and urban sprawl now prevent the river from reaching its final destination. The Colorado River can be seen in dark blue at the topmost central part of this image. The river comes to an end just south of the multicolored patchwork of farmlands in the northwestern corner of the image and then fans out at the base of the Sierra de Juarez Mountains. A hundred years ago the river would have cut through this entire picture and plowed straight through to the Gulf of California, the mouth of which can be seen in solid blue at the lower righthand corner of the image. Nearly all the water that flows into the Colorado River is now siphoned off for use in crop irrigation and for residential use. In fact, roughly only 10 percent of all the water that flows into the Colorado makes it into Mexico and most of that is used by the Mexican people for farming. The bluish purple river that appears to be flowing from the Gulf of California to the north is actually an inlet that formed in the bed of the Colorado River after it receded. The island at the entrance to the Gulf of California is the Isle Montague. The gray areas surrounding this inlet and the gulf itself are mud flats created by sediments once carried by the river. The Hoover Dam built in 1935 and the Glen Canyon dam built in 1956 now trap most of the rivers sediments long before they find their way to the gulf. As to the other features on the image, the flat yellow expanse to the east of the farms is the Gran Desirto. Between the farmland and the desert one can see a dark blue pool covered with patches of green. Known as Sienega de Santa Clara, this salt-water marsh formed by return irrigation is home to a huge population of birds, including the endangered Yuma Clapper Rail and the Southwestern Willow Flycatcher. The white patches to the southeast of this swampy area are salt packs that separate the marsh from the near lifeless salt lake extending east. For more information about the Colorado River Delta, see the image from March 27, 2001
Source: Image courtesy NASA/GSFC/MITI/ERSDAC/JAROS, and U.S./Japan ASTER Science Team 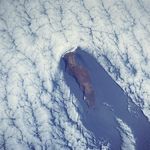 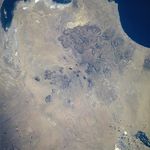 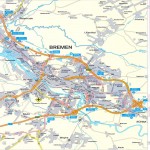 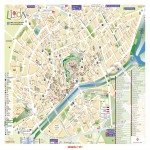