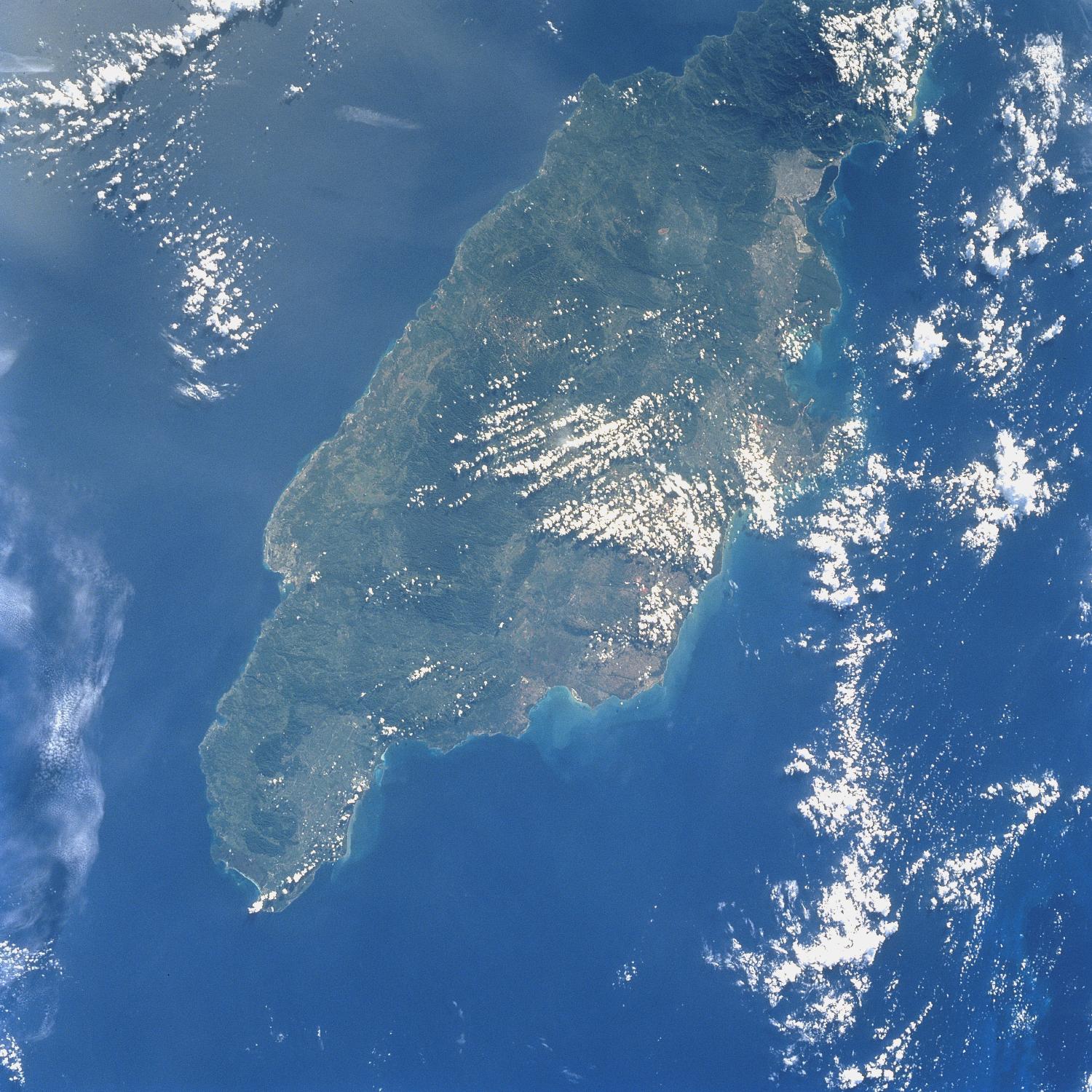 Island of Jamaica July 1997. Called the "Island of Springs", Jamaica can be seen in this east-northeast-looking view. The island of Jamaica is 146 miles (253 km) long from east to west, and a maximum width of 51 miles (82 km) from north to south. It is the third largest island in the West Indies. Jamaica is largely hilly or mountainous. Limestone-covered hills and plateaus, occupying more than half of the country’s surface, dominate the central and western parts (center and lower left of image) of the island at an average elevation of 1500 feet (460 meters). In the middle of this limestone area is a wild almost inaccessible "Cockpit Country", a high dissected plateau of 500 sq. miles (1300 sq. km), replete with gorges, springs, streams, underground caverns, and small, deep circular basins known locally as cockpits. In eastern Jamaica (upper right), the forested Blue Mountains rise to 7402 feet (2256 meters). The mountains are known for the premium quality coffee grown on their slopes. Narrow coastal plains reach their greatest width in the south. The coastal lowlands and interior valleys, covered by alluvial soils, are intensively cultivated and densely populated. The last major hurricane to hit Jamaica was Hurricane Gilbert in September, 1988, a powerful hurricane that devastated the island.
Source: National Aeronautics and Space Administration - NASA/JPL/NIMA 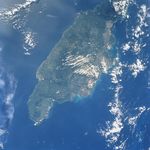 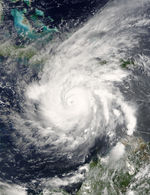 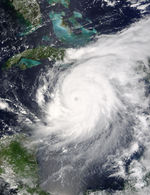 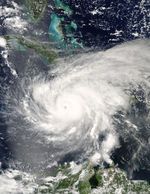 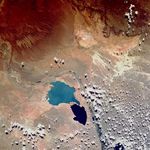