This half-meter resolution satellite image features Seville in southern Spain (Andalusia), which is the countryãs artistic, cultural, and financial capital. The large image features many of Sevilleãs important museums and heritage sites such as the Hospital de la Caridad seen in the center image. To the west (left) is the round opera house known as the Teatro de la Maestranza. To the east (right) is the Archivo General de Indias, which was declared a UNESCO World Heritage site in 1987. The Seville Cathedral is situated just to the north (above) the Archivo and is the third largest cathedral in the world. The image was taken on May 18, 2010 by the GeoEye-1 satellite from 423 miles in space as it moved from north to south over Spain at a speed of four miles per second. 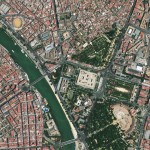 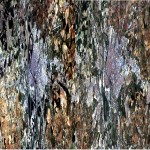 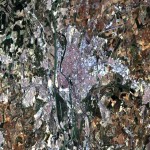 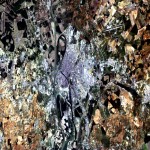 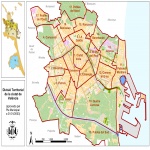 Districts of the city of Valencia