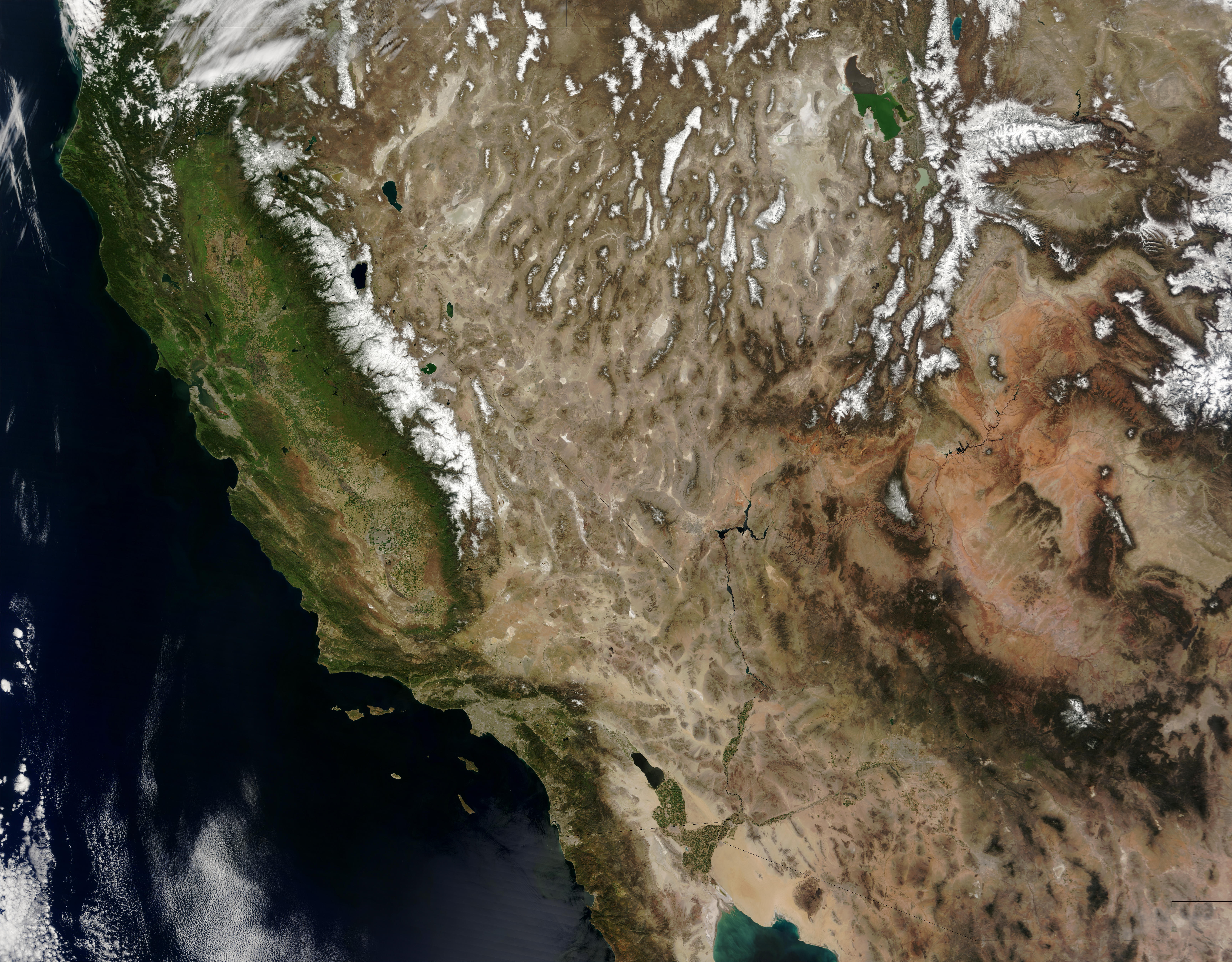 The Colorado River snakes its way through five US states in this true-color Terra MODIS image from April 8, 2003. Starting in Colorado in the upper right, it winds through southern Utah and into northern Arizona before running along the borders of southeastern Nevada and California in the lower left. Near the lower center of the image, the river runs through the Grand Canyon, one of the southern United States´ most famous natural landmarks. Farther to the west, the river runs into Lake Meade before turning south on its final run to Mexico. Lake Meade lies just east of Las Vegas, Nevada, another one of the southwest´s tourist attractions. On the right side of the image, the salmon-colored Colorado Plateaustands out in contrast to a number of black-hued plateaus and mountainranges, some of them capped in snow. The Colorado Plateau is home to thePainted Desert—a part of the Chinle Formation that has so manycolors occurring naturally in the rocks that they look painted. Its alsofamous as a source of dinosaur fossils and as home to the PetrifiedForest.
Source: Jeff Schmaltz, MODIS Rapid Response Team,NASA/GSFC 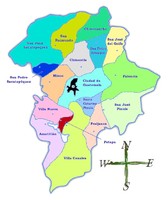 The Great Seljuk Empire in 1092