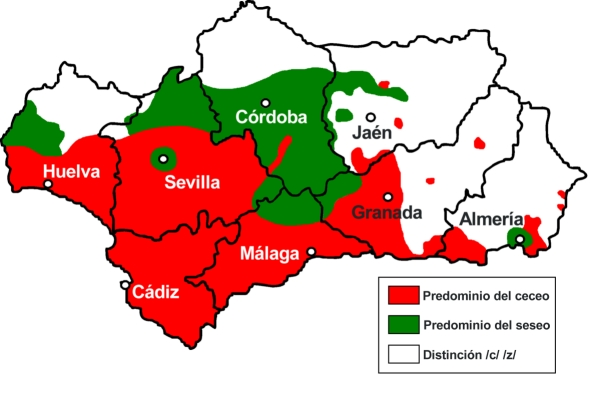 Andalusian Spanish. Most Spanish dialects in Spain differentiate between the sound of "z" and "c" (before e and i), pronounced /?/, and that of "s", pronounced /s/. This distinction is lost in many Andalusian-speaking areas. In some mostly southerly areas, shown here in red, all three letters are pronounced /?/, which is known as Ceceo. In other areas, all three letters are pronounced (/s/), which is known as Seseo. Still other areas retain the distinction found elsewhere in Spain.
Source: Salvador Berral

Nationals and natural parks in Andalusia 2010

Population by municipalities in Andalusia in 2007 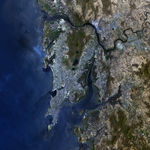