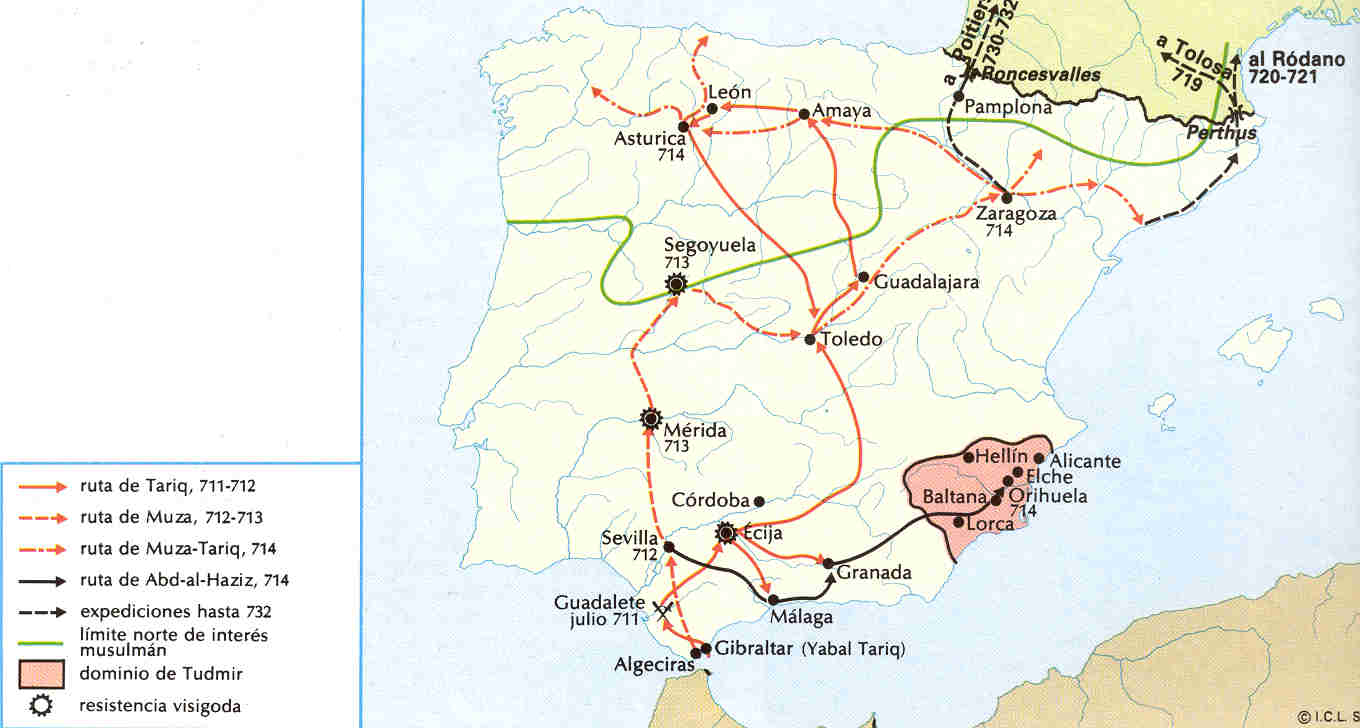 The Umayyad conquest of Hispania (711–718) began as an army of the Umayyad Caliphate consisting largely of Berbers, inhabitants of Northwest Africa recently converted to Islam, invaded the Christian Visigothic Kingdom located on the Iberian peninsula (Hispania). Under the authority of the Umayyad Caliph Al-Walid I of Damascus, and commanded by Tariq ibn Ziyad, they disembarked in early 711, at Gibraltar, and campaigned their way northward. Tariq's forces were reinforced the next year by those of his superior, the Emir Musa ibn Nusair.

During the eight–year campaign, most of the Iberian Peninsula was brought under Muslim occupation, save for remote areas in the northwest (Galicia and Asturias) and largely Basque regions in the Pyrenees. The conquered territory, under the Arabic name al-Andalus, became part of the expanding Umayyad empire.

The invaders subsequently moved northeast across the Pyrenees, but were defeated by the Frank Charles Martel at the Battle of Tours (Poitiers) in 732. Muslim control of territory in what became France was intermittent and ended in 975.

Though Muslim armies dominated the peninsula for centuries afterward, Pelayo of Asturias's victory at the Battle of Covadonga in 722 preserved at least one Christian principality in the north. This battle later assumed major symbolic importance for Spanish Christians as the beginning of the Reconquista.
Source: owje.com

Maps of Clarksburg and Parkersburg and Their Vicinity, West Virginia, United States 1943 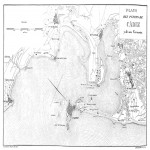