The Wisconsin Glacial Episode was the last major advance of continental glaciers in the North American Laurentide ice sheet. This glaciation is made of three glacial maxima (sometimes mistakenly called ice ages) separated by interglacial warm periods (such as the one we are living in). These glacial maxima are called, from oldest to youngest, Tahoe, Tenaya and Tioga. The Tahoe reached its maximum extent perhaps about 70,000 years ago, perhaps as a byproduct of the Toba super eruption. Little is known about the Tenaya. The Tioga was the least severe and last of the Wisconsin Episode. It began about 30,000 years ago, reached its greatest advance 21,000 years ago, and ended about 10,000 years ago. At the height of glaciation the Bering land bridge permitted migration of mammals such as humans to North America from Siberia.

It radically altered the geography of North America north of the Ohio River. At the height of the Wisconsin Episode glaciation, ice covered most of Canada, the Upper Midwest, and New England, as well as parts of Montana and Washington. On Kelleys Island in Lake Erie or in New York's Central Park, the grooves left by these glaciers can be easily observed. In southwestern Saskatchewan and southeastern Alberta a suture zone between the Laurentide and Cordilleran ice sheets formed the Cypress Hills, which is the northernmost point in North America that remained south of the continental ice sheets.

The Great Lakes are the result of glacial scour and pooling of meltwater at the rim of the receding ice. When the enormous mass of the continental ice sheet retreated, the Great Lakes began gradually moving south due to isostatic rebound of the north shore. Niagara Falls is also a product of the glaciation, as is the course of the Ohio River, which largely supplanted the prior Teays River.

With the assistance of several very large glacial lakes, it carved the gorge now known as the Upper Mississippi River, filling into the Driftless Area and probably creating an annual ice-dam-burst.

In its retreat, the Wisconsin Episode glaciation left terminal moraines that form Long Island, Block Island, Cape Cod, Nomans Land, Marthas Vineyard, and Nantucket, and the Oak Ridges Moraine in south central Ontario, Canada. In Wisconsin itself, it left the Kettle Moraine. The drumlins and eskers formed at its melting edge are landmarks of the Lower Connecticut River Valley.
Source: owje.com 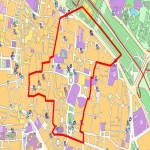