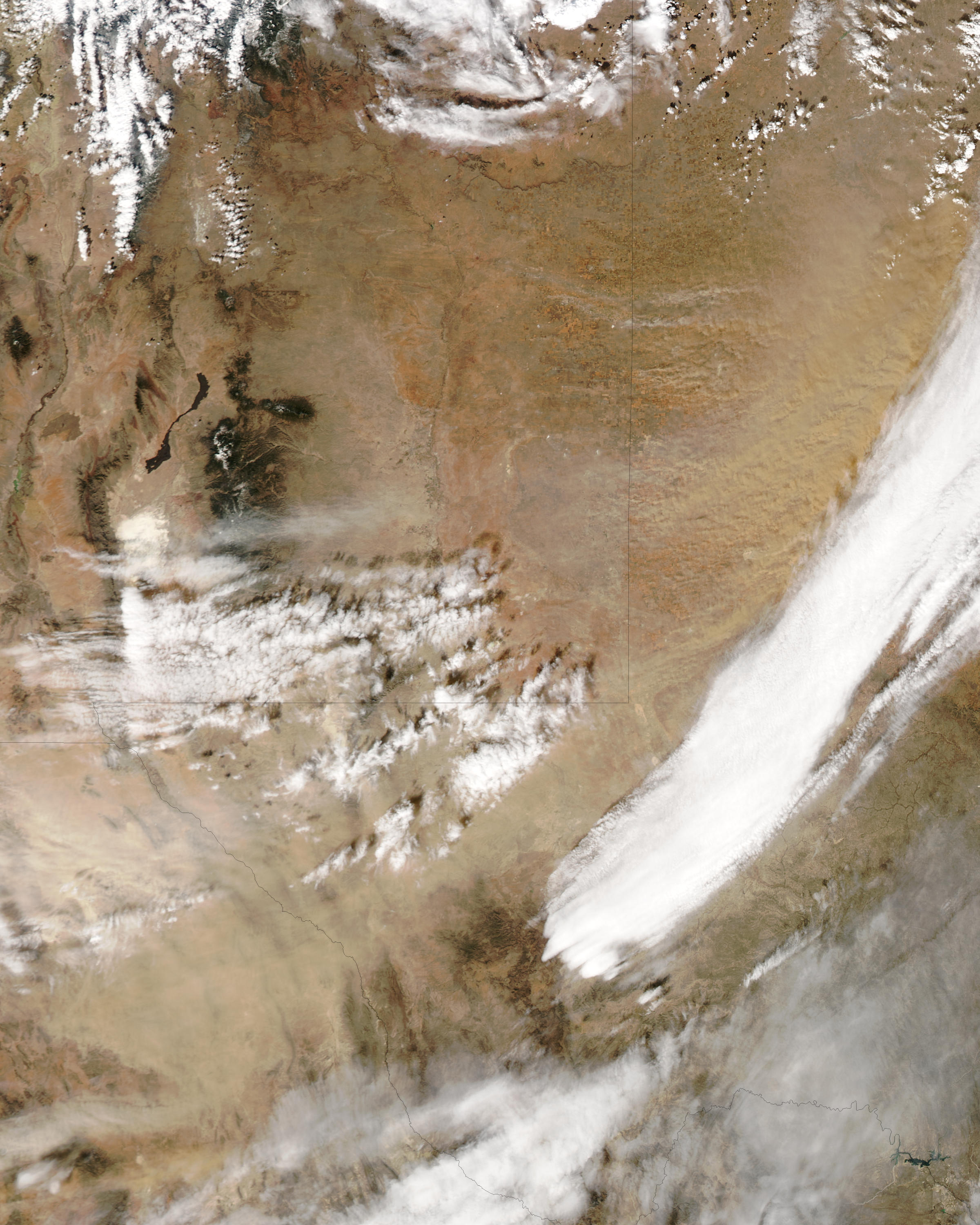 Winds that gusted up to 63 miles per hour (101 kilometers per hour) pushed a thick curtain of dust across Western Texas on February 19, 2004. The storm caused up to 30 car accidents on U.S. Highway 84 near Lubbock, the Associated Press reported, and forced the road to close for several hours. The Moderate Resolution Imaging Spectroradiometer (MODIS) on the Terra satellite provides a broad view of the storm at 12:15 pm, U.S. Central Time. An image taken by the MODIS instrument on the Aqua satellite an hour and a half later shows that the dust had spread over a larger area in Northern Mexico, but had thinned out in northwestern Texas.
Source: Jacques Descloitres, MODIS Rapid Response Team, NASA/GSFC